A collaboration between faculty and students at VCUarts Qatar, Texas A&M University at Qatar, and Tokyo Metropolitan University’s AIIT.

At -162°C natural gas becomes liquid, shrinking its volume by 600 times, thus becoming a very convenient commodity to trade. Japan is the top LNG purchaser for Qatar, and Qatar is the top provider to Japan. Although mostly economic this unique agreement impacts culture, lifestyle, and geopolitics, consequently creating a bridge between two distant countries.

In 2011 a devastating tsunami and earthquake shook Japan and crippled their nuclear energy production thus making the country more reliant on natural gas. Following this disaster, Qatar strengthened their unique bond with Japan by offering large quantities of LNG at competitive prices.

LNG is mostly odourless, colourless and almost weightless, but becomes very tangible once fed into Japan’s infrastructure reaching its citizens and allowing them to cook and heat their homes. LNG has also impacted transportation and industry, becoming the propellant for the new Tokyo Taxis in preparation of the 2020 Summer Olympics, and is used in the production of paper, clay, glass, plastic, petroleum and food processing.

In Qatar, LNG has become the pillar of the national economy and wealth and plays a crucial role in the domestic and foreign policies. It has fueled the growth of education among its citizens, and is the catalyst for recent developments that have shaped the country in preparation for the 2022 World Cup.

This kinetic exhibition explores the significance of LNG relations between Japan and Qatar using 40 floating printers that source relevant text and images from the internet. The result is a choreographed performance of swaying printers randomly mashing-up images, making information tangible on paper.

Originally exhibited at the W+K gallery in Tokyo, the 2nd edition will take place at the @dohafirestation in Doha Qatar, with the opening reception on March 14th as part of the @tasmeem_doha art and design Biennial.

The exhibition in Doha was funded by a Faculty Research Grant. 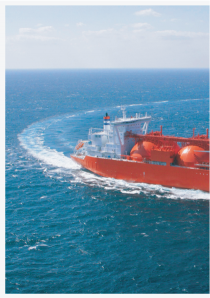