Michael Rossato-Bennett is a documentary filmmaker. At present, his company is in production on four documentaries. Alive Inside looks at the lack of music in nursing homes and asks questions about how we care for elders. This film will be available to screen as part of his programming of the Discover America Week.

Alix Madigan-Yorkin produced Winter’s Bone, directed by Debra Granik and starring Jennifer Lawrence, which was the winner of the Grand Jury Prize for best dramatic feature at the Sundance Film Festival in 2010. She was nominated for an Academy Award in 2011 for best picture for Winter’s Bone and the film received three other nominations. It also won The Gotham Award for Best Picture and won two Independent Spirit Awards. Currently, Alix is a staff producer for Anonymous Content, a multimedia company based in Los Angeles. 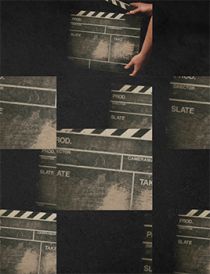