Religion & Art In Islam is a panel discussion between renowned Egyptian calligrapher Ahmed Moustafa, the American artist Judith Ernst, and her husband, Professor Carl Ernst, one of the leading American authorities on Muslim spirituality.

Judith Ernst is an artist and writer. In recent years she has moved into ceramics, using the large vessel form to create metaphysical resonances, suggesting dichotomies between the inner and outer, the esoteric and the exoteric, between that which is hidden and that which is seen. Her essay, “The Problem of Islamic Art” was published in Muslim Networks: From Hajj to Hip-Hop (2005). She has lectured in Kuwait and Malaysia.

Professor Carl W. Ernst is one of the foremost specialists in Islamic studies. His published research, based on the study of Arabic, Persian, and Urdu, has been mainly devoted to the study of Islam and Sufism. His book Following Muhammad: Rethinking Islam in the Contemporary World (UNC Press, 2003) has received several international awards, including the Bashrahil Prize for Outstanding Cultural Achievement (Cairo, 2004). He is the co-editor (with Richard Martin) of Rethinking Islamic Studies: From Orientalism to Cosmopolitanism (University of South Carolina Press, 2010).

Dr. Ahmed Moustafa is an Egyptian artist now based in London whose portfolio is as diverse as it is dazzling. In 1989 he was awarded a PhD for research that offers a definitive scientific reference for greater understanding and appreciation of Islamic Art in general and Arabic Penmanship in particular. Since 1994 he has been Visiting Professor at the Prince of Wales Institute of Architecture, Visual Islamic and Traditional Arts Department and Visiting Professor at the University of Westminster, School of Languages.

This discussion is open to the public and no reservations are required. 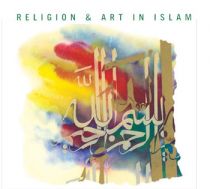