William Dalrymple presents a powerful and moving plea to understand the cultural intermingling and hybridity that defines both eastern and western cultures, and a convincing rejection of religious intolerance and ethnic essentialism.

Set in and around Hyderabad at the beginning of the 19th century, White Mughals tells the story of the improbably romantic love affair and marriage between James Achilles Kirkpatrick, a rising star in the East India Company, and Khair-un-Nisa, a Hyderabadi princess. Pursuing Kirkpatrick's passionate affair through the archives across the continents, Dalrymple unveils a fascinating story of intrigue and love that breaches the conventional boundaries of empire. 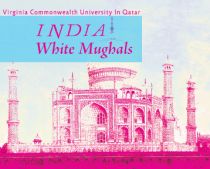