Architecture + The Loss of Craft

A lecture by architect Sara Shafiei, discussing the relationship of new architectural interventions in order to produce a contemporary style rich in textures, patterns and layers. Includes a presentation of her work that harnesses the use of modern technology and her interest in excess baroque ornamentation to create an ornamental theatre influenced by magic and illusion.

This lecture is open to the public and no reservations are required.

Sara Shafiei is an architect, lecturer, and author. She graduated from the Bartlett school of Architecture (UCL) with distinction. She was the recipient of the Sir Banister Fletcher Bronze Medal, 3D REID prize, and the Hamilton Associates prize for excellence in design process.

Sara’s work delves into the relationship of new architectural interventions in order to produce a contemporary style rich in textures, patterns and layers. She has been able to travel to research these interests further in 2008, through receiving the KPF/ Architecture Foundation Public Space Travel Award.

In 2008 she received TECU Architecture Award for her innovative use of copper cladding for her project entitled ‘Theatre for Magicians’. Here her interests in excess baroque ornamentation translated into a project that harnessed the use of modern technology to create an ornamental theatre influenced by magic and illusion.

Shafiei has also been published in Bartlett Design: Speculating with Architecture, Slash: Paper Under the Knife, AD-Protoarchitecture, Wallpaper Magazine, London Interiors Magazine, Icon Magazine, BD and The Architects Journal. In 2009 she co-authored “Digital Architecture: Passages Through Hinterlands”- a book celebrating provocative projects from a young generation of digitally enabled designers.

In 2007 Sara co-founded saraben-studio with Ben Cowd. The studio are also members of Horhizon, a network of young designers who collaborate on design projects and academic workshops across Europe. 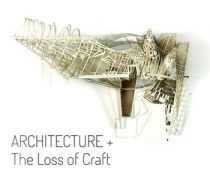