In their lecture and workshops "Converging VR, AR and 3D Printing: Art as a Vehicle for Driving Technology", Gareth Steele and Rick Treweek of Eden Labs will talk about a variety of mixed reality technology and other digital media to tell captivating and interactive stories.

Workshops: RSVP required before January 31 to istlouis@vcu.edu for the workshops. Maximum of 25 participants per workshop. First come first serve.

For General public: Monday, February 3, 2020 from 6 to 9pm at the Atrium at VCUarts Qatar

For Education City students, Faculty and Alumni: Tuesday, February 4, 2020 from 5pm to 8pm at the Atrium at VCUarts Qatar

VCUarts Qatar will be hosting Eden Labs’ creative technologist Rick Treweek, and art director Gareth Steele, who will be giving a lecture and a series of workshops on emerging technologies. With over 15 years of experience in digital media, Rick Treweek’s practice centers around creating worlds within art, games, and new formats of digital media. Gareth Steele designs and conceptualizes for virtual and augmented reality, and specializes in 360 degree photography and videography.

With the rapid democratization of technology across Africa, the future of innovation, and storytelling lies in the hands of content creators and rising African artists. Focusing on virtual reality (VR), augmented reality (AR), 3D printing and software development, Eden Labs develops immersive experiences with artists to push the limits of emerging technologies. This research and development lab in Johannesburg, South Africa, uses a variety of mixed reality technologies and other digital media to tell captivating and interactive stories.

Participants at the workshop for the general public on Monday, February 3, at 6pm at the Atrium, will learn about basic content creation and multimedia skills for VR creation tools, 360 degree photography and videography, and 3D scanning and photogrammetry. They will also be given an overview of the possibilities of 3D printing and  reality.

The participants at the workshops on Tuesday will learn how to translate existing media into augmented reality or virtual reality content with Rick Treweek. Film-makers and performers who are interested in 360 degree cinematography and videography techniques will be given advice by Gareth Steele on their projects.

The Atrium at VCUarts Qatar 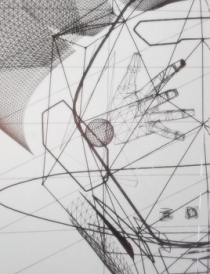