‘AL-SIT’, a film which Maysaa Almumin, a Qatar-based film maker, and VCUarts Qatar faculty member, collaborated on production design with Sudanese filmmaker Suzannah Mirghani – who is also the Assistant Director for Publications at the Center for International and Regional Studies (CIRS), Georgetown University in Qatar – has won the Grand Prix, the top award at the Tampere International Film Festival, in Finland.

This makes the short film, which was an official selection at the Tampere film festival, eligible to enter the competition category for short-films, at the Academy Awards.

Earlier, Al-SIT had its world premiere at the Cleremont Ferrand – renowned as one of the biggest film festivals for short films – where it won the ‘Canal+’ award. Closer to home, AL-SIT was also a recipient of the Doha Film Institute (DFI) Production Grant. The posters for the film were designed by VCUarts Qatar faculty member, Hadeer Omar, an Assistant Professor in Art Foundation, and VCUarts Qatar alumna Rana Jubara.

AL-SIT is set in Sudan and is about women, both powerless and powerful. The film explores both ends of the social chain and how these roles might be changing in a modernizing world.

“‘The story of the film called for subtle mirroring of the two main characters Al-Sit, the matriarch who spins the cotton, and Nafisa, her granddaughter who picks the cotton,” explains Almumin, who was involved in designing the set. “The two have a very close relationship yet they compete on opposing ends of independence and choice. To put emphasis on this relationship in the production design, we used saturated colors and textures for all supporting characters’ wardrobe, spaces and props while Nafisa and Al-Sit were presented in cotton white.”

For Almumin, Al-SIT’s Grand Prix award has been one more reason to celebrate; VCUarts Qatar’s architect-turned-professor has recently been in the news for other films directed and produced by her. One such film titled ‘…And I Was Left Behind’ has been invited to participate in DFI’s Qumra.

“‘…And I Was Left Behind’ is a short documentary essay film I made in a Doha Film Institute lab under the mentorship of Cambodian documentary film Rithy Panh,” Almumin says. “It’s a film in which I relate to stories of travel and saudade as told to me by my grandmother when I was a child. I make sense of them as an adult through a process of reenactment.”

According to the Assistant Professor in Art Foundation, the film was conceived and completed during the COVID-19 lockdown.

“Though this film was made during the time of the COVID-19 pandemic it is not a film about it; rather, I would say that the pandemic brought to my foreground a reality that many people experience across the world – that of separation from family due to travel, whether by choice, or imposed or restricted,” Almumin explains. “My grandmother experienced it in her time, and for myself, unable to reach family in different parts of the world, I experience it now.”

Almumin noted how making a film in the midst of social distancing measures presented challenges, and in turn, contributed to adopting a lean approach to the film.

“The film needed to be made with minimum equipment and processes, and with one assistant and no crew,” she says. “I took upon myself the task of making small fragments of a set to present the environment where this memory takes place - my grandmother’s room where she made dresses as a seamstress. My colleagues also assisted; Painting + Printmaking faculty member Abir Zakzok supplied some props, and Abdul Cader, a Technical Coordinator in our Fashion Design department, was kind enough to lend me a sewing machine from his personal antique collection. The beautiful sound it makes also contributed to the sound design of the film.”

In addition to the honors earned by ‘Al-SIT’ and ‘And I Was Left Behind’, another film by Almumin – ‘Bint Werdan’ (Arabic; ‘J'ai le Cafard’ in French) – was an official selection at the Tampere International Film Festival.

The selection is significant given that the film festival, which is accredited by the Fédération Internationale des Associations de Producteurs de Films (FIAPF; International Federation of Film Producers Associations in English), received more than 6330 film submissions for its international section in the latest cycle, and ‘J’ai le Cafard’ was one of the 54 short films selected to screen in the festival. 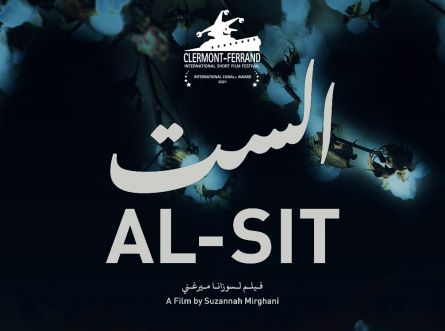 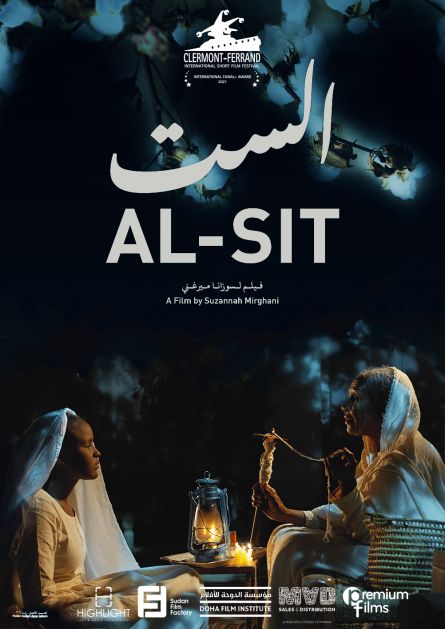