The merits of working and studying in Qatar Foundation’s (QF) Education City (EC) – where the branch campuses of some of the best universities in the world are within a stone’s throw of each other – is being driven home by the publication of a book written by a VCUarts Qatar faculty member in collaboration with student research assistants from five universities.

Dr. Jörg Matthias Determann, an Associate Professor of History at VCUarts Qatar, worked with students from other universities within EC, such as Georgetown University in Qatar (GU-Q), Carnegie Mellon University in Qatar (CMU-Q), UCL Qatar, VCUarts Qatar and Hamad Bin Khalifa University (HBKU), for his book titled ‘Islam, Science and Extraterrestrial Life: The Culture of Astrobiology in the Muslim World’, which was published by I. B. Tauris, an imprint of Bloomsbury, this week.

Dr. Determann’s book focuses on a topic that has often been overlooked – science fiction in Islam and the Muslim world.

“If you compare genres of literature across the globe, you will notice that writings on science fiction are sparse,” says the VCUarts Qatar faculty member. “And even when a literary study is published, more often than not, it is on western science fiction.”

The historian says that though Arabic science fiction has always been, and is, flourishing, misconceptions exist.

“Western commentators and media tend to assume that the Arabic speaking world is too traditional and conservative to create science fiction,” he says. “But the truth is to the contrary; the same zeal, creativity, literary prowess and spirit of inquiry that drove Arabs to put forward numerous inventions, discoveries and concepts, in the past, continue to produce science fiction that appeal to different audiences, in the present.

The academician notes how, despite the enormous scientific contributions made by Arab civilization to mankind, the prevalence – and popularity – of science fiction in the Arab world hasn’t been recognized.

In fact, not many sci-fi fans know that Islamic civilization contributed one of the earliest science fiction novels, Awaj bin Anfaq, by the 13th-century Baghdad-based writer and physician, Zakariya al-Qazwini.

Dr. Determan explains how exploring the sheer breadth of science fiction in the Muslim world necessitated a research team drawn from various nationalities – and that’s where the advantage of working in a multi-university campus, became apparent.

“While this is not the first time that I’ve written a book, it certainly is a first for me in terms of such an extensive cross-campus collaboration,” he says. “To have students from five different universities – and countries – research and collaborate on a topic that has cultural, scientific and literary implications is something that was made possible only because of the uniqueness of Qatar Foundation’s Education City model.

“These student researchers from Iran, Pakistan, Bangladesh, Indonesia, and Turkey provided valuable input; they were able to detect social, political, cultural or psychological subtleties that lie hidden in the science fiction of their respective countries – something that I would not have been able to pick up.”

The student research assistants noted how the project allowed them to apply their background knowledge of their respective countries and languages, and pick up research skills – while working with a faculty member from another university.

“As an Indonesian, I was first attracted to this research project because it appreciates my native language and culture,” says Chun, a GU-Q sophomore. “I was able to learn how the growth of science fiction has been influenced or inspired by local culture, religious traditions, political events, and globalization.

“The flexibility given by this assignment meant that I had to enforce a degree of discipline upon myself. As a budding researcher, I learned problem-solving skills and the need to evaluate the sources for my research. And though I’ve never attended Dr. Determann’s classes, I enjoyed working with him, as his instructions were precise yet flexible, giving me the leeway to explore a variety of research methods.”

Aeinehdar, an Iranian student at VCUarts Qatar, echoes Chun when she says, “I have always been interested in extraterrestrial life. So, researching that topic specifically in Iran was very informative and inspirational. It was exciting for me to contribute to a project that involved working with both Persian as my first language, and English as my second language. Besides, the theme’s emphasis on diversity provided me with a chance to dig deeper into my culture.”

And Batur, from Turkey, recalls his emotions when he first heard of the project.

“As an engineer, I initially hesitated to apply for this position,” says the HBKU student. “Yet, being involved in this project led to a personal revelation – that in addition to a high level of computing and design skills, I have other qualitative and soft skills that I can rely on whenever required to work in a multi-disciplinary project. It’s been an unforgettable privilege, especially when it came to working with a professor whose intellectual capacity is truly exceptional.

“I doubt I would have been able to contribute to a social science project of this nature, outside of Education City. The multi-university concept of Education City opens the gates for people like me to participate and contribute to projects that are traditionally considered unrelated to their specialized fields.”

Islam, Science and Extraterrestrial Life: The Culture of Astrobiology in the Muslim World. 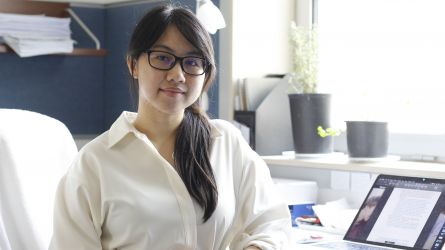 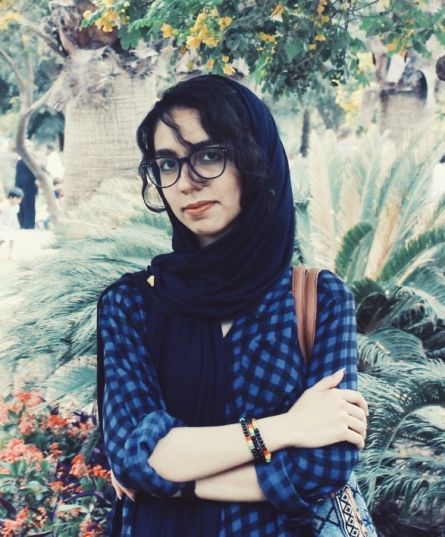