Internationally recognized American artist, Jeff Koons visited Virginia Commonwealth University in Qatar (VCUQatar) on March 14, where he discussed his work and artistic philosophy with an audience of nearly 200 people.

Koons, who recently designed the cover for Lady Gaga’s ARTPOP album (and is name-dropped in one of her songs) told the audience that, “There’s no mystery to the creative process. The creative process is following the things that you find pleasurable and interesting yourself, and focusing on those.”

Koons had his first solo exhibition in 1980 at the New Museum of Contemporary Art in New York. He is one of the contemporary art world’s most influential, controversial, yet popular, artists. For example, his pop art style includes works referencing balloon dog objects, cartoon characters, or the Mona Lisa with a blue gazing ball. His style of work and artistic processes have been compared to that of Andy Warhol, especially his use of contemporary objects, and Duchamp with his new approaches to the readymade.

However, his artistic and creative notoriety hasn’t stopped him from receiving numerous awards and honors, including being promoted to Officier de la Legion d’Honneur by former French President Jacques Chirac, and the State Department’s Medal of the Arts, from the US Government. His work was recently the subject of a major exhibition organized by the Whitney Museum of American Art, which traveled to the Centre Pompidou Paris and the Guggenheim Bilbao.

In November 2013 a sculpture by Koons broke the then auction record for the most expensive work by a living artist sold at auction when his 12-foot Balloon Dog sculpture went for $58.4 million at Christie’s in New York.

When asked by a member of the VCUQatar audience what the next 10 years would bring for him, Koons, 61, cited artists like Picasso and Cezanne, and said that there was a misconception about the power of youth in art. “Good artists get better, and when you’re really committed to art, and you continue to make your art, you get better.” 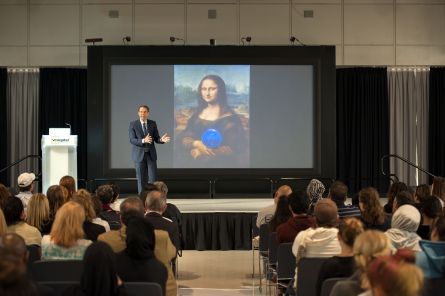 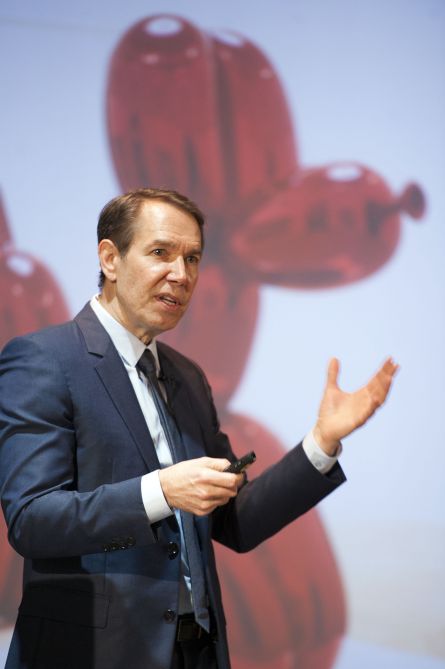 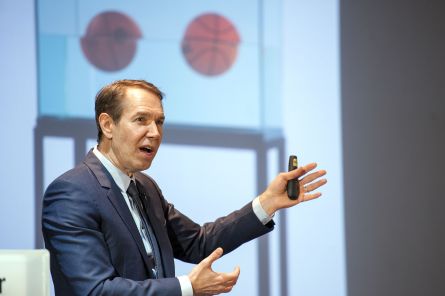