During his visit to Qatar, Dr. Rao met with Her Excellency Sheikha Hind bint Hamad Al Thani, Vice Chairperson and CEO of Qatar Foundation. VCUarts Qatar was the first university in Education City and last year it celebrated its 20th anniversary.

Dr. Rao met with VCUarts Qatar’s faculty, staff and students, including members of the Student Government Association. A special luncheon took place at the university’s Saffron Hall where the President, and his wife Mrs. Monica Rao, gathered with faculty and staff. Dr. Rao is a regular visitor to Qatar. Also present were Dr. Donald Baker, VCUarts Qatar’s Executive Dean; his wife Mrs. Heather Baker; and Jay Davenport, Vice President of Development and Alumni Relations at VCU.

An alumni dinner was held at the Four Seasons Hotel Doha and more than 70 alumni attended, as well as 20 faculty, some of whom were also VCU alumni.

The evening opened with an address by alumna Bouthayna Al Muftah, who explained to the attendees that the school had brought her to her fullest potential. She noted in her speech that her Foundation Year at VCUarts Qatar became the solid base on which the rest of her education was built. From her first appearance in a group show at Qatar Museums’ Al Riwaq Gallery to her international shows in Berlin and St. Petersburg and a solo show at Mathaf: Arab Museum of Modern Art, it was, she added, what she learned at VCUarts Qatar, that made her career possible.

Bouthayna’s works were on prominent display recently when she partnered with internationally renowned jeweler David Webb for the Doha Jewellery and Watches Exhibition 2019 at Doha Exhibition and Convention Center. Three original pieces of artwork inspired by David Webb jewelry and the Qatari women that captivate her, were on display throughout the exhibition.

In his address to the alumni, Dr. Rao stressed that VCU is a community committed to design thinking. “VCUarts Qatar is unique in Doha and Education City in having the opportunity to lead Qatar in design thinking,” he said. He also highlighted the creativity and entrepreneurship shown by VCU alumni.

Dr. Rao credited his wife, Monica, with the idea of building VCU’s alumni networks. He remembered how, when the first VCU Alumni gathering at VCUarts Qatar took place in 2010, that only several dozen attendees were expected, but more than 200 alumni turned up from throughout the region. That, he explained, was a true measure of the impact that VCU, both in Richmond and in Doha, has had on the region.

Dr. Rao also recognized the important roles played by the university’s faculty, who, in their care for students and alumni, provide them with the tools and access to success.

Executive Dean Donald Baker announced to the attendees that the Tasmeem Doha art and design conference, which runs from March 13-15 at VCUarts Qatar, will, for the first time, be co-chaired by four alumni, Noha Fouad, Wajiha Prevez, Hadeer Omar, and Yasmine Sulieman.

He also congratulated four graduates from the Class of 2018 who were recently recognized at the Ministry of Education and Higher Education’s Excellence Awards, which was held under the patronage of His Highness Sheikh Tamim bin Hamad Al Thani, Amir of the State of Qatar. The graduates were Noof Khalid M. A. Al Heidous, Hissa A Al Hail, Al Jazi Khalid Al-Thani, and Sara Haider A A Mashhadi. 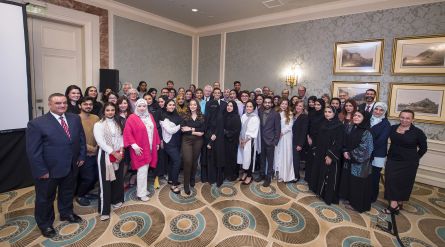 More than 70 alumni and 20 faculty attended the dinner 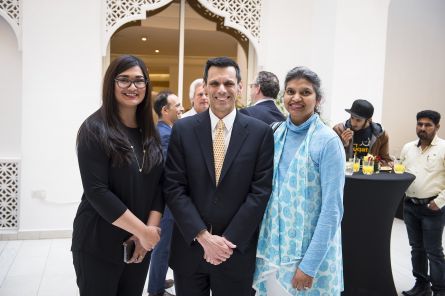 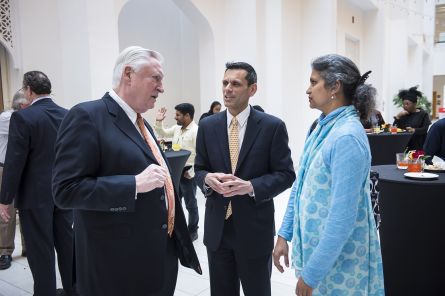 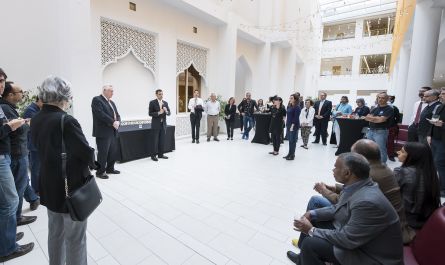 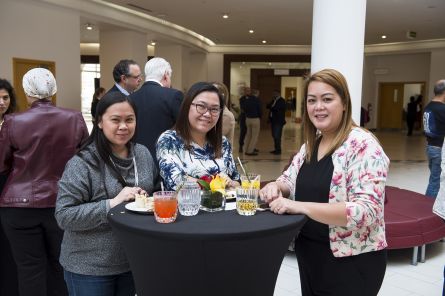 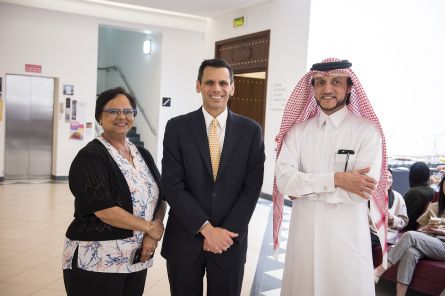 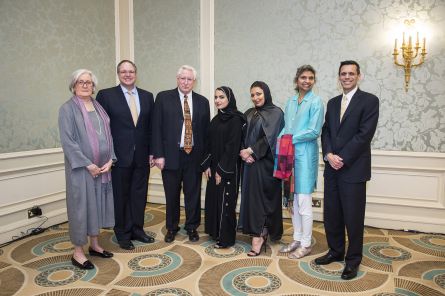