AlKuwari’s design was handpicked from among other proposals submitted by her classmates in response to an invitation to collaborate with Olivier Gelbsman, von Furstenberg’s interior designer, to decorate the New York-based fashion designer’s Doha apartment.

“I worked so hard on developing this project, and now, to see it come to life is certainly a dream come true,” says the Qatar Foundation (QF) partner university interior design Class of 2021 student. “Not everyone gets the chance to say they’ve custom made a furniture piece for Diane von Furstenberg.

“I still remember my emotions when our class first heard the brief – and who the client was; we knew we had to bring our A game. And, it turned out to be a tough competition, with many other beautiful designs created by my fellow classmates.

“Today, given all that anticipation and excitement, the cherry on top is in knowing that – despite all the delays and doubts that COVID-19 threw in our paths – my design has already been implemented and installed in an apartment in my hometown Doha.”

Liam Colquhoun, Interim Chair of Interior Design, VCUarts Qatar, noted how such projects add value to the overall experience of pursuing a hands-on program such as interior design.

“Experiences of practice such as these are a vital part of our program,” says Colquhoun. “And such initiatives would not be possible without the support of our industry partners such as Diane von Furstenberg and Msheireb Properties.

“To have already been part of such an initiative that culminated in the custom-design of a bespoke furniture piece for von Furstenberg’s personal apartment – while still a student – really is quite an extraordinary achievement for Maryam, but one that is richly deserved.”

“This project was a great opportunity for our students to experience developing shop drawings to fabricators,” says Dr. Haithem A. El-Hammali, Assistant Professor, Interior Design, VCUarts Qatar. “They provide a necessary detailed explanation about fabrication and installation to realize their design intent. This major achievement by Maryam and all of our students is a perfect chance to remind them how talented, hard-working, and deserving they are.”

Earlier this week, von Furstenberg herself thanked the students of VCUarts Qatar on her Instagram account, and posted a photo of the winning bed frame design.

“The opportunity to select a proposal from the next generation of designers is always an exciting and refreshing experience,” says Gelbsman. “And this was no exception.

“The students from VCUarts Qatar really stepped up to the task that the brief presented, and it was a challenge to choose between so many elegant proposals. In the end, Diane and I chose Maryam AlKuwari’s design for its functionality and sophistication. Congratulations to Maryam on this win – truly deserved!”

The project began around the beginning of February 2020, with AlKuwari and her classmates being provided a brief to custom design a piece of furniture – either a sofa or a bed frame – for von Furstenberg’s Doha apartment.  AlKuwari says that right from the outset of the project, she knew the years of training and mentoring she’d received during her undergraduate studies would stand her in good stead.

“We had the opportunity to visit the apartment along with Olivier Gelbsman (von Furstenberg’s interior designer) to envision the space,” says AlKuwari. “The first thing that struck me when I entered the bedroom, were the dimensions. It wasn’t spacious, and I immediately knew my design would have to be creative – and clever. I would have to design a multi-functional bed frame that would allow me to minimize the need for additional furniture within the room.

“This is where the research skills I learned in class came to the fore. I started with background research on von Furstenberg, to further understand her preferences.

“I studied images of her personal apartment in Manhattan, New York, and was inspired by the glass-based design there; it has multiple triangles that add beautiful depth and meaning to the space, and I knew it was an element which, if I could incorporate stylishly into my own concept, would give her a feel of her New York home. And, of course, I wanted to include the beautiful Msheireb mashrabiya to compliment the design.”

To make the design tasteful yet multi-functional, AlKuwari chose a color scheme comprising of matte black and neutral tones, and further complemented the bed frame with three night-shelves on one side, for von Furstenberg’s personal use, as well as book shelves on the other.

As she savors the moment, AlKuwari says she owes her success to numerous people who have supported her through her formative years – especially her father, Yacoub AlKuwari.

“My father has been there for me, every step of the way,” she says. “His belief and faith in me, and in what I could offer – even during those moments when I felt like giving up – are what pushed me beyond what I perceived were my limits, and helped shape who I am as a designer, today.

“Likewise, this is not something I could have even dreamed of, without the guidance of my VCUarts Qatar professors, Liam Colquhoun and Haithem ElHammali, who have been extremely patient, supportive and helpful. I’m very grateful for what they gave us, and will continue to give us.

“I am also appreciative of Her Excellency Sheikha Al Mayassa bint Hamad bin Khalifa Al Thani for giving us future designers the opportunity to participate and be a part of the Culture Pass Club complex.”

And she adds, “At the moment, all this feels like a dream. But knowing that I got this recognition so early on in my design career, I feel it’s the beginning of what I hope are years of exploring and creating exciting projects.” 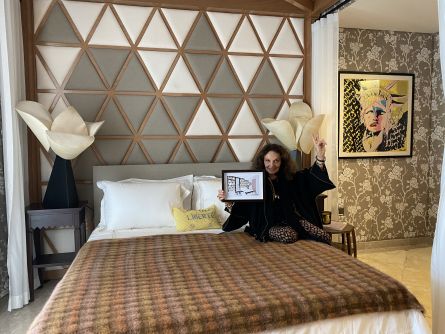 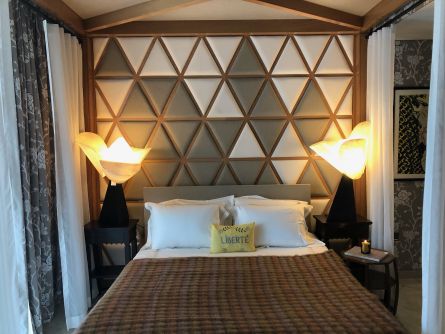 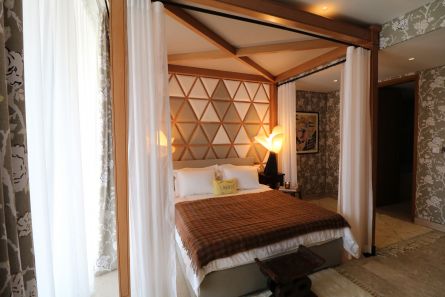 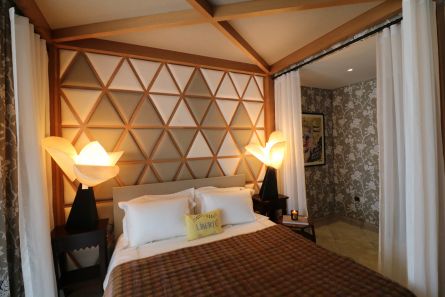