VCUQatar Assistant Professor of History in the Liberal Arts and Sciences program, Dr. Jörg Matthias Determann, has recently published a well received book entitled: “Researching Biology and Evolution in the Gulf States: Networks of Science in the Middle East.”

Officials and religious scholars in the Gulf states have repeatedly banned the teaching of the theory of evolution because of its association with atheism. In Saudi Arabia, not only religious, but also science textbooks by the Ministry of Education promote an account of life’s creation by God. Determann argues that, despite official prohibition, research on biological evolution has flourished, due in large part to the development of academic and professional networks.

This book traces these networks through the history of various branches of biology, including botany, conservation research, ornithology and palaeontology. Typical of rentier societies, some of the scientific networks in this region consist of vertical patron-client relationships. For example, those in power who are interested in wildlife conservation have been known to offer patronage to biologists working on desert ecology. However, just as important are the horizontal links between scientists both within the Gulf region and beyond.

Through interviews with biologists working in the Gulf monarchies, and through analysis of their publications, Determann identifies how researchers support the theory of evolution in an environment shaped by official challenges. By asking what has enabled these scientists to incorporate the theory into their work, Determann offers a new perspective on science in the Middle East. He argues that we should look at the Arab world as an area both interconnected with global science and fully integrated into pioneering scientific and technological advances.

In a review by Dr. Daniel Stolz, Department of History, Northwestern University, Stolz highlighted the relevance and potential impact of Determann’s book when he observed that, "The efforts of Arab Gulf states to create ‘knowledge economies’ by investing their resource wealth in universities and scientific institutions are a controversial and rapidly changing aspect of the contemporary Middle East. By tracing half a century of biological research in these states, Determann sheds new light on the challenges that these efforts face, as well as on the surprising resources – not only oil – that have contributed to the growth of scientific networks in this region. By situating Gulf biology in relation to the activities of oil companies, princes, and publishers, in addition to botanists, ecologists, and conservationists, Determann shows how life science in the Gulf has been deeply transnational, yet also particular to the unique and understudied environment in which it occurs."

“Researching Biology and Evolution in the Gulf States: Networks of Science in the Middle East,” was published by I B Tauris, 2015. Determann is currently working on his third book “ The Arab World’s Final Frontier: Transnational Space Science.” 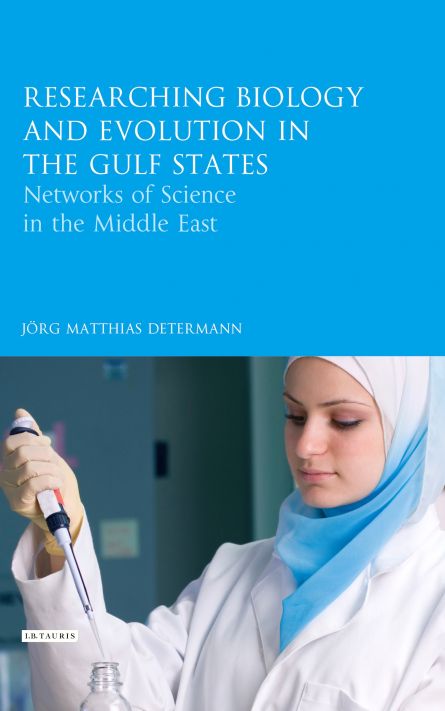