Dr. Jesse Ulmer, Assistant Professor of English in the Liberal Arts & Sciences Program and interim Honors Program Administrator, recently completed a PhD in English from Indiana University of Pennsylvania in the U.S.  His dissertation examines the use of popular music in the films of Joel and Ethan Coen, a brother filmmaking team from Minnesota more commonly known as "The Coen brothers."

Since their debut at the New York Film Festival with the neo-noir thriller Blood Simple (1984), the brothers have become two of the most highly regarded American filmmakers of the contemporary period. Their films are known for relying on an eccentric mix of different styles and genre like black comedy, the western, film noir, screwball comedy, horror, thriller, and others.  Some of their most well-known films include Raising Arizona (1987), Fargo (1996), and No Country For Old Men (2007).  The Coens have amassed a long list of domestic and international awards in the realms of both Hollywood and independent cinema. Individually, they have each received four Academy Awards, and in total their films have earned over thirty nominations. They have won a number of Independent Spirit Awards including Best Feature (Inside Llewyn Davis), Best Director (A Serious Man), and Best Screenplay (Fargo).

Outside of the United States, their films have garnered a number of BAFTA awards and nominations, and in 1991, Barton Finkwon all three major awards at the Cannes Film Festival: the Palme d’Or, Best Director (Joel Coen), and Best Actor (John Turturro). This event prompted the organizing committee to rule that no one film could ever win more than two awards. This impressive record foregrounds the Coens' highly visible position in the landscape of contemporary American filmmaking, a position that invites critical and scholarly mapping, a call undertaken by Jesse's dissertation.

The title of Jesse's thesis is, "Popular Music in the Films of Joel and Ethan Coen."

While the Coen brothers are well-known for their innovative and quirky visual style, their films are also innovate in terms of their aural style--especially music. Their film soundtracks showcase an astonishing array of genres that track through nearly every arena of American popular music, including country, rock, bluegrass, R&B, blues, gospel, hip-hop, modern and traditional folk, and jazz. Rather than relegating music to a background, secondary role, Coen films show how popular songs can be woven into the very fabric of the story, foregrounding popular music as a powerful creative strategy for narrative feature-filmmaking, illustrating that the use of popular music deserves to be considered a definitive, signature feature of Coen brother films.

Jesse's dissertation focuses on four Coen films and their soundtracks: The Big Lebowski (1998), O, Brother, Where Art Thou? (2000), The Ladykillers (2004), and Inside Llewyn Davis (2013). Each film does something interesting and different with music.  The folk music for O Brother, Where Art Thou, for instance, was recorded before the film was even shot, proving that music, rather than being secondary to the visuals, can drive the creative process of filmmaking.  Also, much of the music for Inside Llewyn Davis was recorded live on set (rather than relying on the standard technique of playback and lip synching) in order to create a strong sense of authenticity, an approach that is almost unheard of in Hollywood filmmaking.  Creative decisions like these make the Coen brothers an interesting case study for film music, and demonstrate that many films can be just as interesting to listen to, as they are to watch.

Eventually, Jesse plans to revise and publish his dissertation as a book. 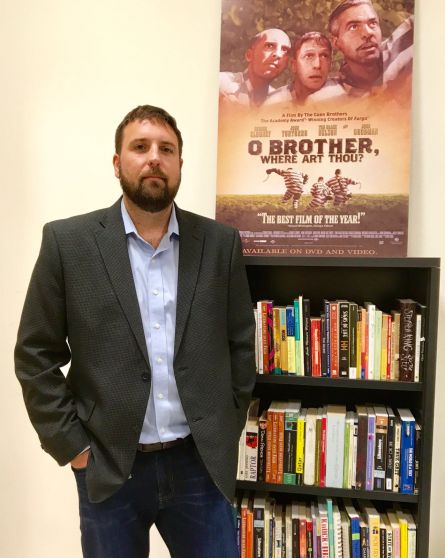 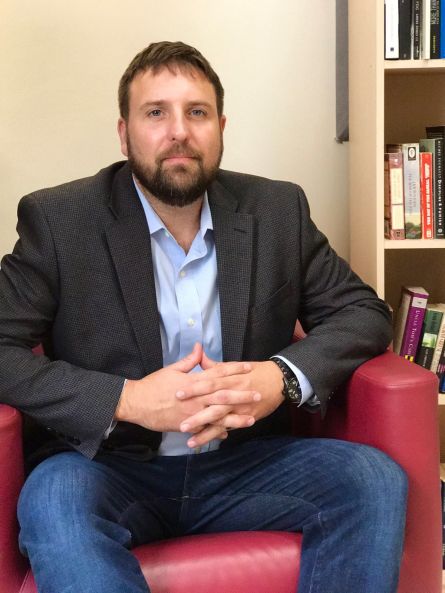