The upcoming exhibition reflects the political turmoil in the Middle East through the compilation of found objects, paint and scrap metal.

What memories does the word ‘home’ conjure up for you? For most, there is an emotional connotation tied to it – irrespective of whether you’re a boarder in school or university, a business traveler, a navy cadet, a refugee, an asylum seeker, an immigrant, or you’re working in an office that’s just a short hop across town, the word often triggers thoughts about family, about the familiar and the fond.

It is this universal sentiment that inspired our Gallery to organize an exhibition of artwork by renowned Syrian-American architect and artist Mohamad Hafez.

Titled 'What is Home to You?', the exhibition will be open to the public from January 19. Visitors can schedule tours during the University’s working hours via eventbrite at https://www.eventbrite.com/e/what-is-home-to-you-a-solo-exhibition-by-mohamad-hafez-tickets-244285533607

An architect by profession, Hafez’s artwork was triggered by his inability to return to Syria during his architecture training in the US because of visa issues. Homesick, he began making models of his beloved homeland to provide an outlet for his emotions. He never knew that what he began in order to channel his emotions, would end up as a testament to the plight of a nation that would soon have to experience conflict.

The upcoming exhibition reflects the political turmoil in the Middle East through the compilation of found objects, paint and scrap metal. Each of the artwork in the 'What is Home to You?' exhibition is architectural in appearance yet politically charged in content. At the core of Hafez’s work, the verses offer a distinct contrast between the pessimistic reality of destruction and the optimistic hope for a bright future.

Hafez’s artwork has recently been featured in several highly acclaimed exhibitions and profiled on National Public Radio, The New York Times, The Guardian, and The New Yorker. Hafez is the recipient of the 2018 Connecticut Arts Hero Award for his extensive and continuous body of work on issues such as the Syrian civil war, the worldwide refugee crisis, and an overall desire to counter hate speech.

He currently serves as a 2018 Yale University Silliman College Fellow, Interpreter in Residence at U-Chicago Oriental Institute, and artist-in-residence at the Keller Center of Harris School of Public Policy, University of Chicago. In 2019, he was selected as one of the 40 under 40 artists in the Middle East by London’s Apollo Magazine. 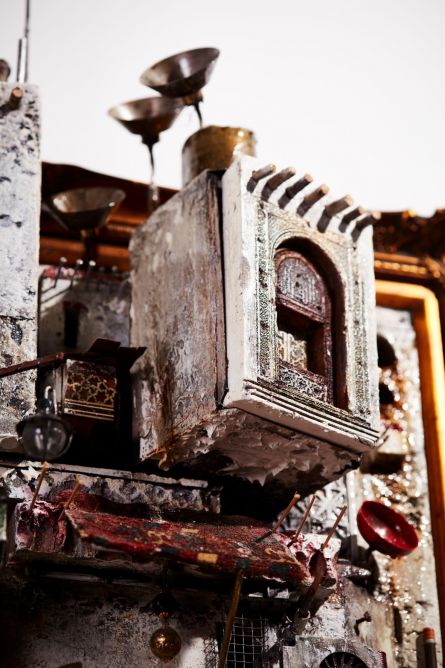 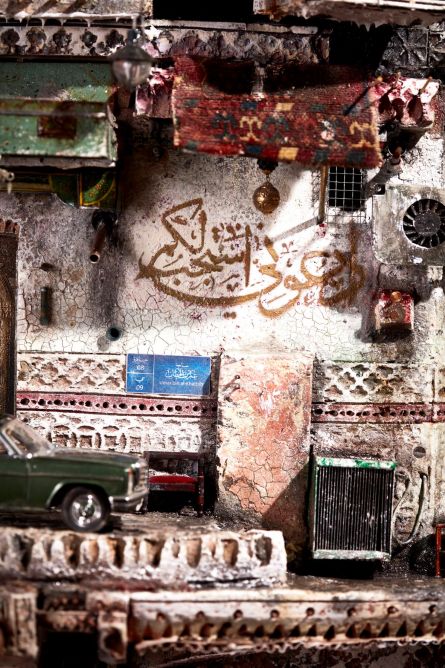