Almumin scripted and directed the film titled Bint Werdan (in Arabic), also known as J’ai le Cafard (in French). The film received funding from the Arab Fund for Arts and Culture, and DFI, in addition to an exploratory research grant from VCUarts Qatar.

The quirky film touches on the topic of mental health. Almumin says the film highlights the fact that mental health concerns such as depression are not triggered only by incidental tragedies or crises in human lives; often depression encroaches quietly, stays unrecognized, and hence untreated.

"Bint Werdan is a surreal film about a woman who struggles with depression – until she meets a cockroach in the office toilet,” says Almumin. “The ensuing encounters with the cockroach first become her saving grace, and later, the source of her angst.

“I was compelled to write the script after making a particular observation on a common misconception that depression can only be set off by tragic or overwhelming events. While that is true in a lot of cases, it is not the rule. At times, the condition is hard to recognize, and easily dismissed both by those who suffer from it, and by those around them."

The faculty member, who has a background in architecture and teaches space research studio at VCUarts Qatar, has been focusing on film and set design for the last four years – experience she put to good use when it came to designing the props and set of the film.

"There is substantial design work that goes into making a film,” she notes. “Right from the onset, I knew this film project would require specific and bespoke design solutions for the challenges involved. For this reason, I directed a larger part of the funding to the art department of the film which includes set design, prop making, wardrobe and special effects makeup."

One of the characters in the film is a giant cockroach. Almumin chose to make a human-size model than use computer generated imagery (CGI) – for a reason.

"I preferred to use puppetry or life-like models than resort to CGI, as I wanted to add a sense of tangible absurdity to the scenes,” she explains. “And wanting to make them as life-like as possible, I had to make sure that the parts were movable and could be rigged up at the set.

“Our first step was to design a small prototype; the components for larger human-size models were then developed and assembled in VCUarts Qatar. It was a process that required meticulous attention to detail, and I had two art foundation students, Sherifa Wael and Amira Yassin, and an alumna, Abir Zakzok, assist me.”

Some of the scenes in the film take place in an office, requiring the setting and props for these visuals to be designed and built from the ground up.

“The design of the space had to present a visually believable environment,” says the VCUarts Qatar faculty. “This meant paying attention to everything from constructing the interior, to branding the fictitious company and its stationary, all with the intent of serving the narrative of the story.”

Almumin grew up in the UK, where she was trained in, and practiced, architecture. She moved to Kuwait, and then to Qatar, where she has been acting and scriptwriting since 2011; she has also been involved in film projects in Kuwait, Italy, Egypt and Qatar.

She wrote, directed and performed in film-based artwork productions such as ‘Rites of Passage’ and ‘Calling of the Congress’, which were exhibited at the Voice of Feminism exhibition in October of 2018.

‘Bint Werden’ recently had its first festival screening at MAFF – the Sweden-based Malmo Arab Film Festival, the largest film festival dedicated to Arab films outside the Arab world – in October this year.

The film will be screened at DFI’s Ajyal Fim Festival 2020 across DFI’s online Virtual Festival, DFI’s Drive-in Cinema, and at Vox Cinema theatres. Further details on screening venues and times are available at https://2020.ajyalfilm.com/films/j-ai-le-cafard-5f8c375f1f066e005abc3218  or on the DFI website.

Maysaa's film will be shown as part of the Made in Qatar - Short Film Programme on Saturday, November 21 from 6:30pm. 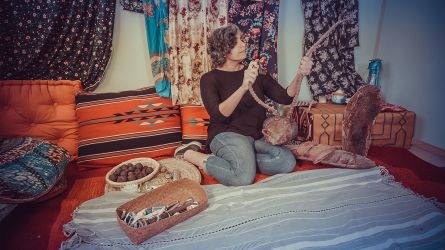 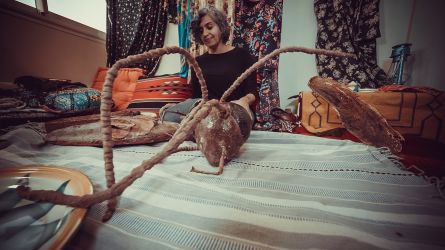 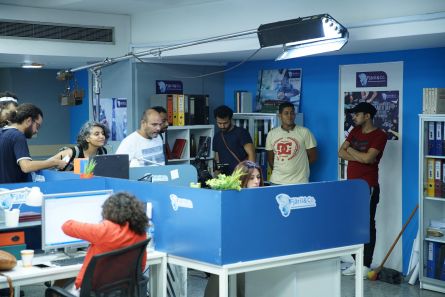 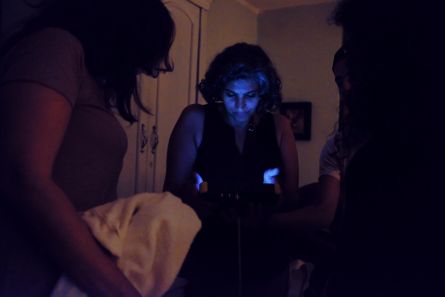 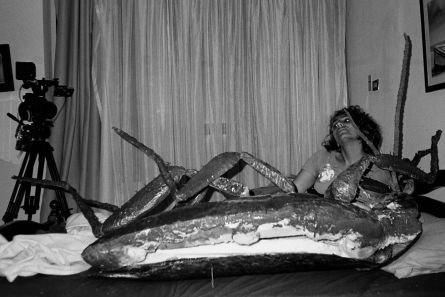