‘How does this design make me feel, and why is it that I feel this way?’ – When an interior design student first asked herself that question during a project in her sophomore year at VCUarts Qatar in 2015, little did she know that that query would become a compass to keep her on the right course of every design-related journey she would undertake over the following years – all the way to creating an award-winning entry for a design competition in France.

In November 2020, Zeina Sleiman, a Class of 2018 Interior Design graduate from VCUarts Qatar, won a prize in a competition by French international design magazine Intramuros.

The magazine – for the first time – had organized a collaborative competition with École Camondo, the interior architecture and design school in Paris where Zeina was a postgraduate student from 2018 to 2020, Sunbrella, a company specializing in performance fabric for indoor & outdoor requirements, Moore Design, a design business renowned for developing workspace solutions in multiple sectors, and Lafuma, a French-based specialist in outdoor equipment and clothing.

The competition awarded prizes to the top three designs produced by the final year students at École Camondo. Sleiman’s entry, a dining table design titled, ‘Au-delà du visuel’ (Beyond the Visual), was selected by Sunbrella, while Moore Designs and Lafuma chose designs by two other students.

The three winning students feature on the cover of the March edition of Intramuros magazine, which also has an article about each of the three winners and their projects.

“As designers, we tend to focus on the visual aspect of the interiors and furniture pieces,” says Sleiman, as she explains the project. “I wanted to change that, and highlight the other senses that are as equally important as the visual. During my research at École Camondo I successfully led a few experiments that included different sensory components; I was able to link certain emotions to the textures that I created.

“I decided to implement these findings in my final project ‘Au-delà’ where I could design furniture that go ‘beyond the visual’ or ‘Au-delà du visuel’. I created three pieces of furniture: a dining table (which won the award), a couch and an armchair. In each design, I highlighted surfaces or zones that, as designers, we don’t pay much attention to. For instance, for the table, it was the underside; for the couch, it was the side corners, and as for the armchair, it was the armrest.”

According to the VCUarts Qatar alumna from Lebanon, the design for the award-winning table was based on an entire semester’s research that tackled sensory elements that go beyond the visual sense, and explores the psychology and the curiosity of children.

“The structure of the table was one of the most challenging tasks I had attempted,” she says. “And this was where the question I had made a habit of asking myself ever since my sophomore year at VCUarts Qatar kept me focused on ensuring that the design is playful yet functional.

“On one hand, my design was based on the psychological impact of a cocoon on children. The shape of the arches is meant to invite young users to crawl under the table to play; to create their own isolated, imaginary world. We installed Sunbrella's fabric on the inside part of the arches to show the concept. On the other hand, I worked on ergonomics and anthropometrics for both children and adults in order to make sure that the table is functional from both perspectives.”

Zeina then worked with Sunbrella who provided the fabric and covered the cost of manufacturing the prototype of the table, and Lenka Créations, who produced the final prototype itself. The materials used for the prototype were white Corian for the tabletop, dark-tinted oak for the wood veneer, and the fabric is Sunbrella's Savane Midnight. The prototype is advertised through the Intramuros magazine.

“When I heard that I was one of the prize winners, I was elated,” Sleiman says. “And it wasn’t merely because of the award. It was also because the honor seemed to bring the design-thinking processes I picked up during my undergraduate studies, to tangible fruition.” 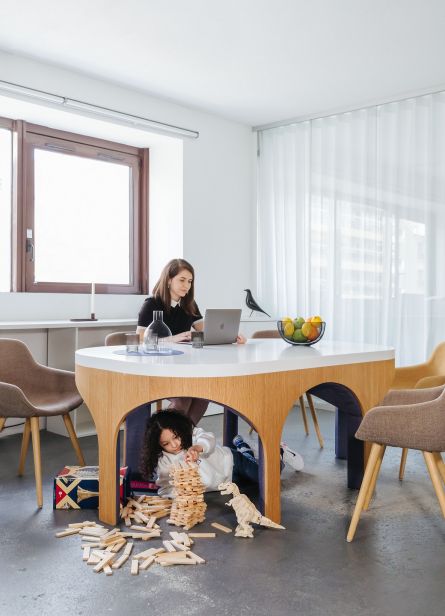 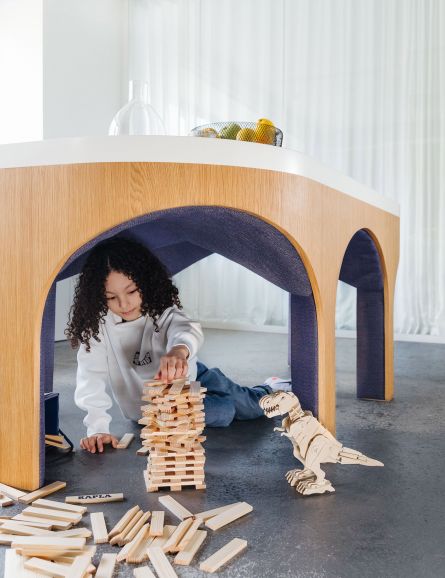 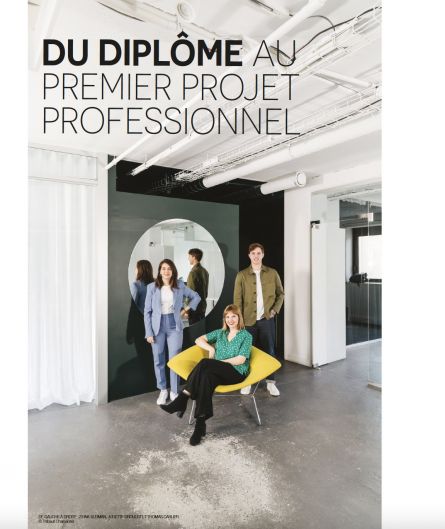 Zeina Sleiman (left) and her award winning design were featured in the French design magazine Intramuros. 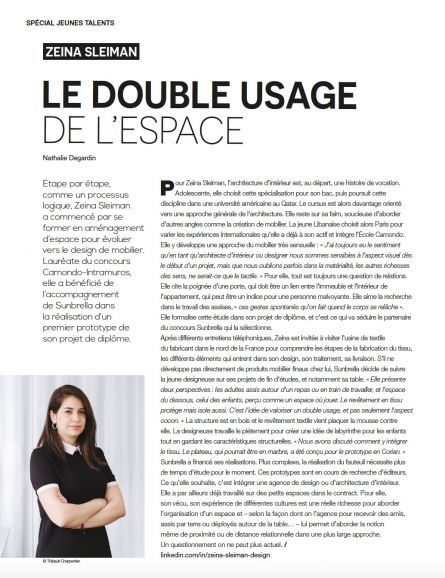 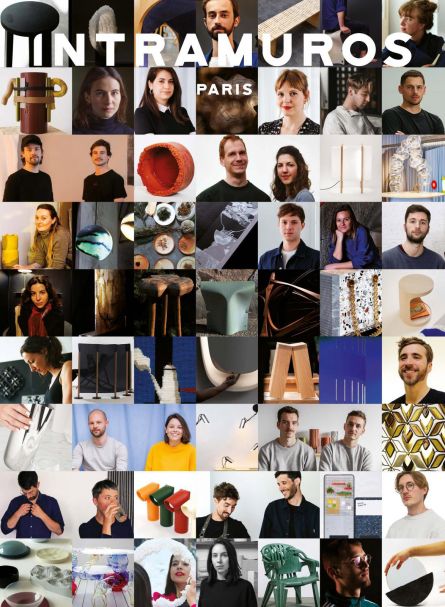 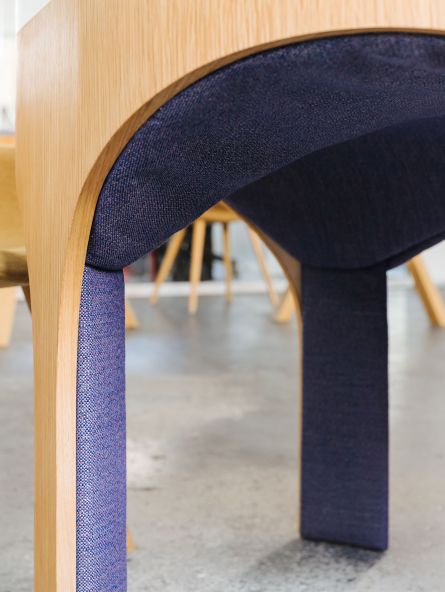