VCUQatars Gallery presents India: East|West - The Age of Discovery in late Georgian India as seen through the collections of the Royal Asiatic Society, London.

The exhibition, curated by Jochen Sokoly and Alison Ohta, opens on 15 March, with a lecture at 6:30 PM followed by a reception at 7:30 PM. The event is open to the public. India: East/West runs from 15 March to 17 April.

India: East|West looks at a critical period in the history of colonial India at the end of the 18th/beginning of the 19th centuries when ideas of the enlightenment brought about a quest to discover the geography, natural habitat, history, cultures and architecture of the Indian subcontinent through a discourse between the scholarly elites of both British colonialists and their Indian subjects. Administrators and representatives of the East India Company were involved in projects to map India's history, culture and environment, and collect and record their findings. In doing so they employed both British artists who had ventured to India in search of opportunities, as well as Indian artists who had been employed by local rulers and their studios. This resulted in an artistic exchange that altered traditions of Indian painting and exposed British artists to new subjects.

The beginning of the study of India in the western academic tradition resulted in the formation of new centers of learning in the late 18th century, such as the Asiatic Society of Bengal and its British counterpart, the Royal Asiatic Society in London, which has lent the works in the exhibition. The works - paintings, drawings and prints - are from three prominent collections within the Society: that of Sir William Jones, a scholar of Sanskrit and Botany, Ram Raz, a historian of Hindu architecture, and James Tod, a historian of Rajasthan. Amongst the artists featured in the exhibition are William and Thomas Daniell, George Chinnery, and the Company school painter Zayn Al-Din. Many of their works are exhibited for the first time. The exhibition will be accompanied by a scholarly catalog.

The ‘India: East|West’ exhibition is scheduled to run at the VCUQatar Gallery from 15 March to 17 April, 2010. An opening lecture will be held at the VCUQatar atrium on 15 March at 6:30 PM followed by a reception. The Gallery at Virginia Commonwealth University in Qatar is open Sundays to Thursdays, 9:00 AM to 5:00 PM or by prior appointment. For further information please contact Dr. Jochen Sokoly, gallery director, VCUQatar. For more information please call: +974 492 7200 or email jsokoly@qatar.vcu.edu. 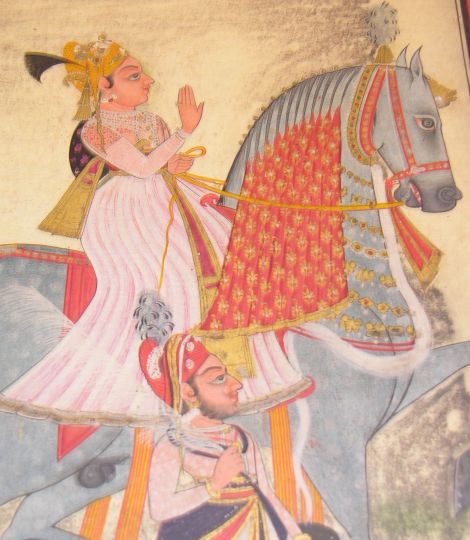 Painting of a Rajput Ruler from the Tod Collection at the Royal Asiatic Society, London 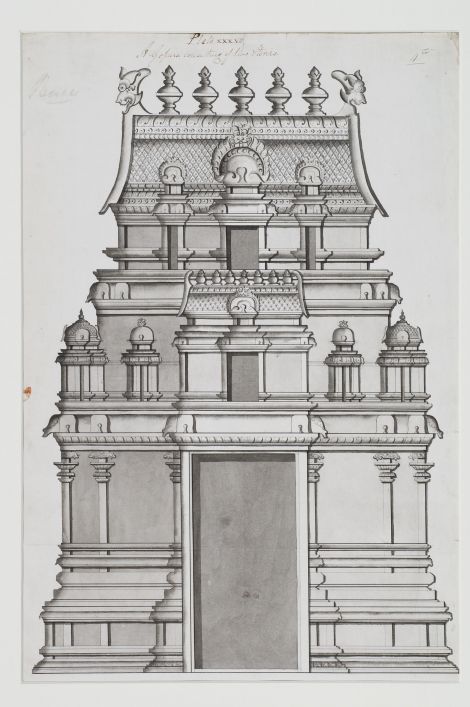 Drawing of a stupa by Ram Raz, a historian of Hindu architecture, from the Royal Asiatic Society, London 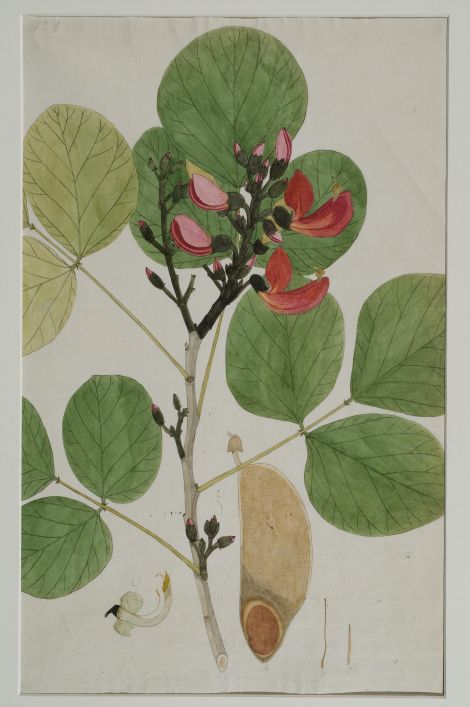