The Gallery at Virginia Commonwealth University in Qatar presents New York Chronicles, an international group show curated by Maymanah Farhat and Osama Abusitta, with an opening reception on 20 October, 2010.

The reception will be preceded by a panel discussion with visiting artists and one of the exhibition’s co-curators at 6:00 PM. The event is open to the public.

As an international center for culture and commerce, New York City has been a destination for art since the early twentieth-century. Accordingly, it has fostered some of the most influential art movements of modern times; has been home to a number of high-profile artists; and has witnessed the establishment of a number of prominent art institutions.

With its countless pockets of immigrant communities, the metropolis also boasts a diverse population of residents, one that is in constant communication with the rest of world. As headquarters to the US’s top financial institutions, the draw of money, power and politics is often in play, defining how much of the country operates while having a significant stake in its foreign policy.

These myriad facets are translated into an everyday reality that reflects the dynamic nature of the city - an energy that manifests in a push and pull of urban life that is at once exhilarating and bewildering. Inclusive, yet alienating, with its crowded streets and lonely residents; cutting-edge yet backward, where mind-boggling wealth is only feet away from abject poverty, New York exists as a long list of contradictions - oppositions that are in never-ending dialogue.

It is within this framework that a number of Arab artists have lived and worked for years. Varied in age, background and immigrant experience, these artists work in a range of medium and artistic practices. What unifies them, however, is their continued connection to the Arab world despite living abroad, be it in return trips to the region or references in their art. Equally compelling are the commonalities one might find when examining their work within the milieu of New York as a sociopolitical/cultural entity.

Although at first glance many of the artists featured in “New York Chronicles” might only seem to share a common heritage, over the course of their careers they have possessed an even greater link: their responses to (or interactions with) New York City. As this small, often fragmented, group of artists has navigated the local art scene, how has living and working in New York impacted their artistic practices? What about the city has become subject matter? And what has attracted or repelled these artists? What concerns or fixations does New York inspire? And what about the metropolis as a cultural hub and political epicenter can we determine from their work?

These are the questions that form the basis for “New York Chronicles” which brings together a number of established and emerging Arab artists whose works represent a broad spectrum of the New York experience. As curators who have been involved in the New York art scene in various capacities, Maymanah Farhat and Osama Abusitta seek to explore these questions through the works of artists employing a range of media - including painting, photography, installation and video. Spanning generations and several periods of art, “New York Chronicles” reveals the profound nature of how an environment can impact the creation of art and how a multitude of artistic, cultural, economic and political variables can shape visual culture. With many of the proposed artists actively exhibiting in the Arab world and within the context of the VCUQatarGallery, what can their work (although made in New York) reveal about the Arab art world and the relevance (or irrelevance) of geographic borders?

The exhibition is scheduled from 20 October to 27 November 2010 at The Gallery in VCUQatar and is open Sundays to Thursdays, from 9:00 AM to 5:00 PM, or by prior appointment. A panel discussion and reception will be held at the gallery on 20 October 2010 at 6:00 PM. The event is open to the public. For further information, please call VCUQatar on +974 44020555 or email Dr. Jochen Sokoly on jsokoly@qatar.vcu.edu. 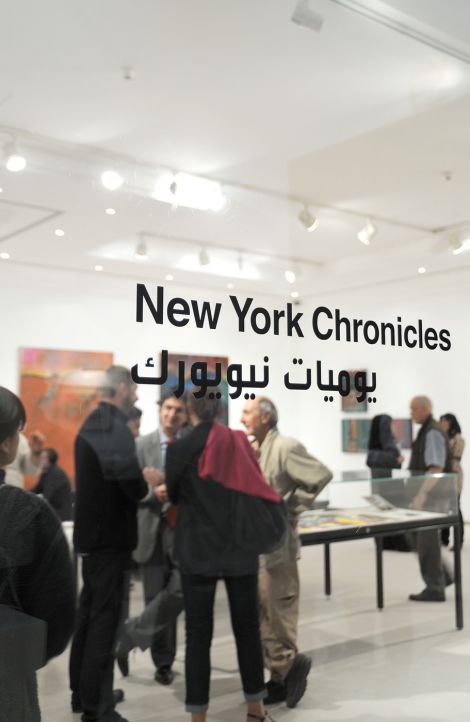 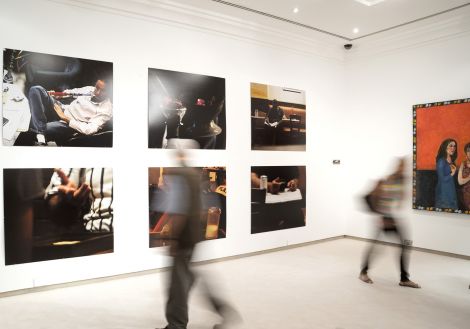 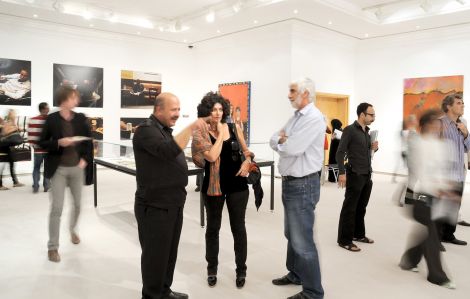 Visitors at the opening of New York Chronicles 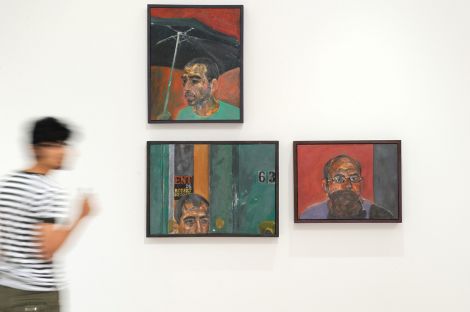 (Clockwise) Apartment 63; Self Portrait with Umbrella; Osama –oil on wooden board by Athir Shayota 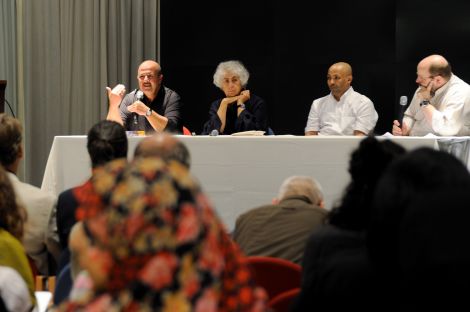 Maymanah Farhat (New York) and Osama Abusitta (Doha), curators of the New York Chronicles exhibition with Dr. Jochen Sokoly, gallery director at VCUQatar during the gallery talks prior to the opening of the exhibition 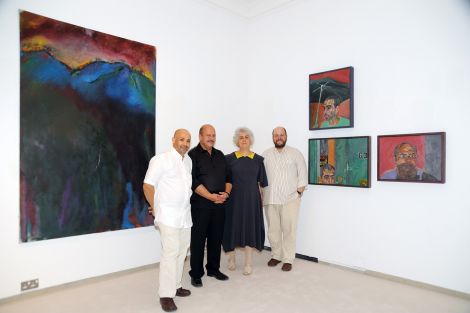