The Interior Design department at Virginia Commonwealth University in Qatar presents a lecture by Ali Alraouf entitled Pearls, Harrods and FIFA: (De)-Constructing Future Utopia, The Narrative of Doha, Qatar on Tuesday, 28 February, 2012 at 6:00 pm at the Atrium at VCUQatar.

Whilst critically observing Gulf cities’ development in the last decade, different paradigms of architecture and urbanism are revealed. Doha is attempting at constructing a new architectural and urban utopia amid the cities of the Gulf. ‘Pearls, Harrods and FIFA: (De)-Constructing Future Utopia, The Narrative of Doha, Qatar’ will focus on Doha as an emerging knowledge and creative city and examine Doha’s elaborate attempt to construct a new contemporary identity within the knowledge-based urban development paradigm. The lecture will trace the change from resources and industrial economies to a creative and knowledge economy as it provokes an intellectual dialogue to articulate theoretical and practical approaches to face pressing architectural and urban issues.

Ali A. Alraouf is an architect, urban designer, writer and educator interested in teaching and research within the domain of theory, criticism and creativity in architecture and urbanism. He had held teaching positions at Cairo University; University of California, Berkeley; Modern Sciences and Arts University, Egypt; and University of Bahrain. His current research interests are contemporary architectural education, architecture for children and urbanism, knowledge and creative cities, holistic sustainable development, public spaces and urban diversity, and contemporary Gulf cities’ architecture and urbanism. Alraouf writes extensively for newspapers, periodicals and architectural magazines, regionally and internationally. He has published more than 60 papers, critical reviews, essays, in addition to books and book chapters.

Alraouf has participated in international symposiums, seminars, juries and conferences in over 25 countries where he was speaker, keynote speaker, jury member, external examiner and session chair/moderator. He is the recipient of the 2000 Innovation Award in Urban and Environmental Planning from the Ministry of Scientific Research in Egypt; 2004 Teaching Excellence Award from Modern Sciences and Arts (MSA); Best Research Paper in the Sharjah International Conference for Urban Planning (SUPS) 2008, and 2009 Research Publication Achievement Award from University of Bahrain. Alraouf currently teaches Design, Urban Design and Planning Theories at Qatar University.

‘Pearls, Harrods and FIFA: (De)-Constructing Future Utopia, The Narrative of Doha, Qatar’ will be presented on Tuesday, 28 February, 2012 at 6:00 pm at the Atrium at VCUQatar. The lecture is open to the public. 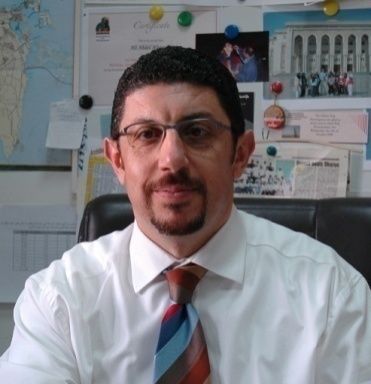