VCUQatar Assistant Professor of Photography in the Painting and Printmaking Department George Awde has had one of his photographs chosen for the front cover of the September/October 2015 edition of the magazine Canvas: Art & Culture from the Middle East and Arab World.

Awde is a Lebanese visual artist who has been teaching at VCUQatar since 2013. The photograph chosen by Canvas shows an adolescent boy on the shores of the Beirut corniche and is part of a series by Awde documenting the transition of young Syrian and Kurdish men after leaving war torn Syria for Lebanon. As part of the 2015 Shubbak festival three London galleries featured contemporary Arab artists. Awde was part of the group exhibition by Beirut Artists held at The Mosaic Rooms entitled “I Spy With My Little Eye: A New Generation of Beirut Artists”. It was a review of this show that featured in the magazine entitled “Staging Identities and Histories”. Canvas noted “Awde explores the places and spaces our bodies inhabit in the midst of social, political and physiological change”.

Awde was born in Boston of Lebanese origin; he studied painting at the Massachusetts College of Art (2004) and received his MFA in Photography from Yale University School of Art (2009). Awde has held teaching positions at various different universities in Lebanon, Egypt, USA before coming to VCUQatar. He has exhibited numerous times, most recently in the critically acclaimed exhibition ‘Imagined Cities’ at the Los Angeles Municipal Gallery in the fall of 2014 (reviewed by Art Asia Pacific). He also had a solo exhibition ‘Fragile States’ in May 2015 at East Wing in Dubai and was an artist in residence at Lightworks in Seracuse, New York, during the summer of 2015. He is also the co-founder and director of marra.tein– a residency initiative providing a dedicated space for artists in Beirut. 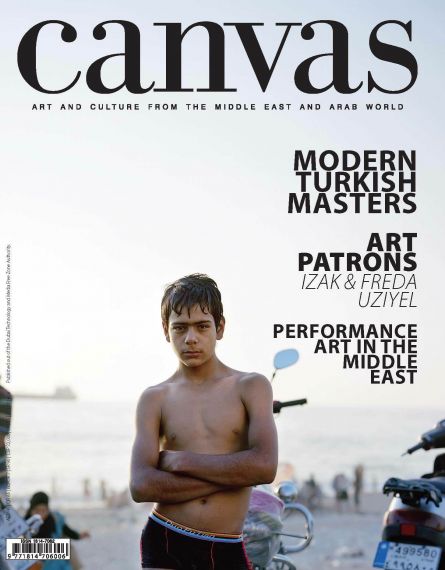