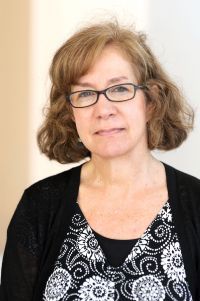 Debra Hanson is an art historian specializing in American Art and Visual Culture of the nineteenth and early twentieth century, with particular emphasis on the art and architecture of the US Capitol and the work of Thomas Eakins, and secondary areas of interest relating to the late nineteenth century World’s Fairs. She received her PhD in Art History from Virginia Commonwealth University School of the Arts in 2005, and is currently an Assistant Professor of Art History at VCU’s Middle Eastern campus in Doha, Qatar, where she teaches a range of upper level art history classes on topics such as “America in Art and Film” and “Gateways to Globalism: The 19th Century World’s Fairs.” She is also Assistant Director of the Honors Program at VCUQatar.

Dr Hanson has been awarded numerous fellowships from the US Capitol Historical Society to conduct research at the Capitol, and has written and presented extensively on the intersections of art, architectural space, politics, and historical memory within the Capitol, topics addressed in her current book project entitled Looking Westward:Views of the West from Capitol Hill.

Curators' Session/Research in Progress at the V&A, Victoria and Albert Museum,
London, England   (invited speaker)
Paper: "Representing the Islamic World at the Great London Exhibition of 1851"