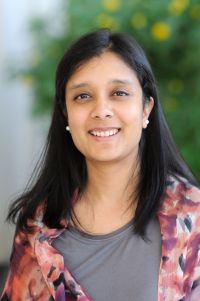 2011     Doctor of Philosophy, University of Minnesota, Art History, Islamic Art and Architecture. Thesis: At the Crossroads of Modernity, Space, and Identity: Istanbul and the Orient Express Train.

Professor Radha Dalal researches visual cultures of mobility and urbanism with a particular emphasis on the Ottoman Empire and its socio-political interactions with other European and Asian polities during the 19th and early 20th centuries.  In her dissertation, supported by grants from the Samuel H. Kress and MacArthur Foundations, she explored the evocations of loss, nostalgia, and communitas embedded in the visual and literary intersections of Istanbul and the Orient Express train. Her current research examines the narratives of modernity crafted through photography, architecture, and postcard printing in Istanbul during the twilight years of the Ottoman Empire.  Part of a five-person research team, she is also working on a Qatar National Research Fund’s National Priorities Research Program grant titled “Museums in the 21st Century and Global Art History: Building Knowledge Base through Online Resources in Qatar.”  At Virginia Commonwealth University in Qatar, Dr. Dalal teaches global and Islamic art surveys as well as a variety of upper division courses in Islamic art and East Asian art.  Prior to joining VCU Qatar, she taught Art History and Asian Studies at the College of Charleston.

Dalal, Radha. “In Search of the Relics of War: From the American Colony in Jerusalem to the Red Cross Museum in Washington, DC,” NEH Summer Seminar Blog, Georgetown University, October 2014. https://blogs.commons.georgetown.edu/world-war-i-in-the-middle-east/seminar- participants/web-projects-2014/radha-dalal/

Dalal, Radha. “Spaces of the Past: Nostalgia in the Murder on the Orient Express and The Last Express.” In Engaging with Videogames: Play, Theory and Practice, edited by Dawn Stobbart and Monica Evans, 265-275. Oxford: Inter-Disciplinary Press, 2014.

Dalal, Radha. “In Travelers’ Dreams: The Public Space of the Bakewell Ottoman Garden” Travelers in Ottoman Lands: The Botanical Legacy, Association for the Study of Travel in Egypt and the Near East (ASTENE) Annual Conference, Edinburgh, May 14, 2017.

Dalal, Radha. “Istanbul and the Cartography of Modernity in the Posters of the Orient Express.” Borders and Mobility in Cinema, Literature and Pictures panel. 11th Annual Conference of the International Association for the History of Transport, Traffic, and Mobility on Intangible Borders, Kouvala, Finland and St. Petersburg, Russia, September 26, 2013.

Dalal, Radha. “Spaces of the Past: Nostalgia in The Murder on the Orient Express and The Last Express.” Videogame Cultures panel, 5th Global Conference on Videogame Cultures, Mansfield College, Oxford, England, July 15, 2013.

Dalal, Radha. “Journeying into the Past: The Orient Express and the Creation of ‘Ottoman’ Spectacle.” The Past in the Present: History as Practice in Art, Design, and Architecture conference. The Glasgow School of Art, Glasgow, Scotland, October 27, 2007.

2019    Distinguished Achievement in Research Award, VCUarts Qatar. Award nominations are vetted by committee and presented annually to honor outstanding faculty members whose records of accomplishments and contributions are significant and meritorious.

2014    National Endowment of the Humanities Summer Seminar Grant, “World War I in the Middle East and North Africa,” Georgetown University.