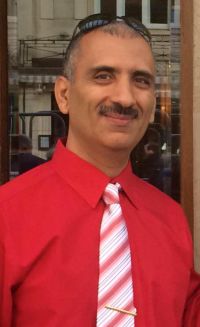 I have joined Virginia Commonwealth University in Qatar’s faculty team in 2014 after an extensive teaching experience in the United States. During my eighteen years of teaching I have taught several courses at various levels. In addition to maintaining an interactive teaching style, I am heavily involved in research in the area of Lie algebras and their applications in differential equations. I have also supervised many students’ senior theses, many of whom had presented their theses in math conferences. For two years, I was invited to join a STEM (Science, Technology, Engineering, and Mathematics) grant as a consultant at NASA where I would train teachers how to teach these subjects to school-aged students. I have been invited and still receive invitations to teach challenging math principles at schools to students of all ages, most of which I try to accept because not only do I believe in the importance of pure math research but also in the value of math education research.