Simone Muscolino is a multidisciplinary designer and video-maker. He holds a Master in Architecture from Polytechnic University of Turin, Italy, with a professional focus on interaction-design and time-based media.

During the past 10 years he has curated the video production of several design and architecture firms. He has being active in various fields of video production, both for the movie industry and for advertisement agencies.

He worked as professor and video consultant at Interaction Design Institute Ivrea, where he was also one of the project leaders of e1 (Exhibition Unit), a design unit active on various projects for public and private clients.

He co-founded and partnered Interaction Design Lab, a Milan based company working in the crossover between technology and design.

He has given lectures and participated at symposiums in several universities such as IUAV Venice, Politecnico di Milano, Chulalangkorn University Bangkok and others.

Simone’s works and installations have been exhibited at venues such as the Venice Biennale, Milano Triennale, Victoria & Albert Museum in London and Beijing First Biennale of Architecture.

In the past few years I have focused my research in new short forms of video making: the Moving Postcards. Moving Postcards are short videos that could represent a space, an atmosphere, an action, a behavior. They are multimedia between photography and video. They work on the fragment as a module of meaning.

The goal of my research is to produce an innovative documentary about Doha, Qatar and its relation with the Gulf Area. A documentary done with fragments. A documentary that is done not only for the screen, but that could take advantage of innovative interaction design platform and take the shape of an exhibition or a product, connecting the video content to physical objects, allowing and encouraging the audience to build personal sequences of fragments and to choose the timing of the vision. 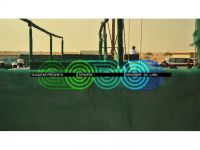 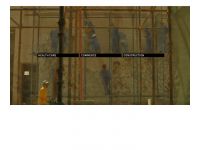