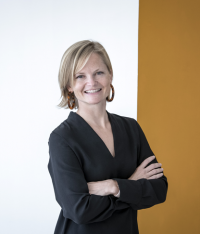 .(JavaScript must be enabled to view this email address)
390a

Tracy Stonestreet conducts visual and scholarly research at the intersection of contemporary art, queer theory, and time studies. She is particularly interested in static artworks produced in tandem with performances, and how such hybrid creative practices blur distinctions between art and documentation. Current projects include articles on American artists EJ Hill and Sonya Clark, as well as research into global artistic shifts toward liveness. Tracy received her PhD in Media, Art, and Text from Virginia Commonwealth University (VCU), where she researched the rise of action as a contemporary medium, as well as museum practices of cataloguing and archiving hybrid artworks. She has an MFA in Studio Art from the University of North Carolina at Chapel Hill, where she studied sculpture and contemporary practice. Before coming to VCU, Tracy was an assistant professor of Fine Art at Hampton University, and served as the guest editor for the International Review of African American Art.

Late Modern and Contemporary art movements of the 20th and 21st centuries; contemporary hybrid art practices that incorporate live elements with static forms; histories of action art, performance, and other time-based artforms; the role of gender and gender perception in artistic production and art historical record; current institutional practices of registration, categorization, and archive; theories of feminism and gender; theories of time, performativity, and liveness

Stonestreet, Tracy. “At the VMFA: The Dirty South,” CAA.reviews, November 2021

Stonestreet, Tracy. “Destabilizing the Patriarchal Time of Art History: A Consideration of the Nonlinearity of Hybrid Artworks,” Against the Canon: Art, Feminism(s) and Activisms from the 18th to the 21st Centuries, Fundação Bienal do Mercosul, 2020