A lecture and exhibition opening for ‘The Beaded Prayers Project’ - an international, collaborative project to celebrate diversity and unity through a participatory art form. The lecture will discuss the history, concept and influences of the project, to followed by the official exhibition opening.

This reception is open to the public and no reservations are required.

Since 1998, over 5000 people - ages six to 90, from 35 countries - have participated in the project by creating and contributing the beaded packets exhibited at VCUQatar. The exhibition at VCUQatar will represent the culmination of this project, concluding a tour that has taken it to over 25 venues.

The name of the Project comes from the shared etymology of the words “bead” and “prayer.” In Old English, biddan, from which “bead” is derived, means “to ask” or “to pray.” The concept for creating packets with potent contents was inspired by traditions among different peoples from Africa and the African Diaspora. The packets of the Akan in Ghana are called ensuman. The Hausa and Yoruba of Nigeria make tira. Afro Brazilians make patua. The Bakongo in the Congo make minkisi. In the United States, some African Americans refer to them as mojo. Powerful prayer packets are found in other traditions as well. They are known as doaa nameh in Iran, scapulars among Catholics, dhuwas in Sri Lanka, and mezuzahs and tefillin in the Jewish tradition. Even the Romans and Greeks had a practice of using lamellae and phylacteries.

“Each packet contains the wish, hope, dream, blessing, or prayer of an individual participant, written on a piece of paper and encased with a covering that includes at least one bead on the surface,” said Clark. “Most participants made two packets: one to keep and the other for this installation, which celebrates the role of the individual and the importance of that person’s place in the community. From the exquisitely crafted to the crudely stitched, each beaded packet is the unique expression of an individual aspiration. Even those pieces that resemble one another on the outside no doubt have different messages sealed inside.”

Sonya Clark and Sara Wilson McKay will travel to Doha to conduct this workshop and present the project. 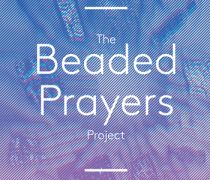