Why study MFA in Design?

Semester course descriptions can be found at this link:
http://bulletin.vcu.edu/azcourses/desi/

.(JavaScript must be enabled to view this email address)

Marco Bruno is an architect, an unaware artist and a motorcycle enthusiast. After twenty-one and one half years or uninterrupted studies between Italy and the US, Marco started his working career in Hollywood as a model maker in an Oscar-nominated special effect company. Marco become a registered architect in Italy, and in the beginning of...

Our 2018 MFA field study re-examined the traditional Arabic lantern, or fanoos—a symbol of festive welcome and safe haven. We began by designing and fabricating a digital light source, which can be re-programmed and customized using a smartphone. Next, we travelled to Bath, England and worked with professional artists to blow glass into 3d-printed steel molds we designed ahead of time. Each student and faculty member produced three unique, mold-blown glass lamps during our five-day field study workshop. The project combines our affinity for Qatar's rich cultural heritage with our belief in the forward-looking power of design to shape the future. 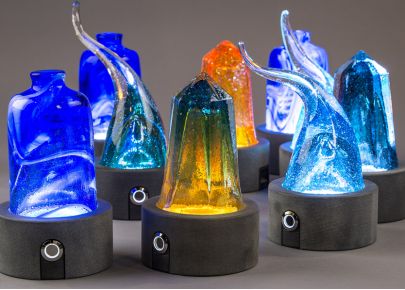 Wispy wool fibers—agitated with soap and water—will tangle and blend to form a non-woven textile: felt. The ancient process requires careful observation and keen sensory awareness. With deliberate movement and attention to the strands of wool, the material transforms before one’s eyes. It is a natural alchemy; out of many, one.  The 2017 field study included a five-day workshop in Oldeberkoop, the Netherlands. Students and faculty each designed and felted a modern prayer rug. Praying is one of the Five Pillars of Islam, and as such, is an obligatory duty of every Muslim. Prayer rugs are used by Muslims globally, and have a rich history that spans the Middle East, North Africa, and Asia. Traditional prayer rugs are woven, featuring distinct patterns and colors that often reveal a rug’s place of origin. A prayer rug’s purpose is to delineate a clean space for performing prayers. During prayer, the worshiper stands, kneels, bows, sits, and takes a position of prostration, where the palms rest flat against the rug, and the forehead touches also. Muslims pray towards the direction, qibla, of the Kaaba in Mecca. One common characteristic of traditional prayer rugs is a distinctive design feature used to orient the rug towards the qibla for prayer. These elements often mimic the mihrab niches found in mosques that indicate the congregation towards the qibla. As a result, prayer rugs are practical and functional at the same time they are sacred and revered. Our modern felted prayer rugs explore the following themes: modernity (impact of advanced materials and technologies on the act of fabrication), tactility, surface, depth, function, portability, comfort, durability, and cultural resonance. Workshop participants: Rabab Abdulla, Majdulin Nasr Allah, Norah Alshammari, Hazem Asif, Richard Blackwell, Marco Bruno, Aisha Jemila Daniels, Diane Derr, Nourbano Al Hejazi, Mohammad Jawad Jaffari, Se Hee Jang, Rabeya Khatoon, Rab McClure, Thomas Modeen, Mariam Rafehi, Alisha Saiyed, Yasmeen Suleiman, Sidra Zubairi Special Thanks:  Hawar Textile Institute, www.hawar.nl  Saar Snoek, www.saarsnoek.nl  Noha Fouad, photographer, videographer 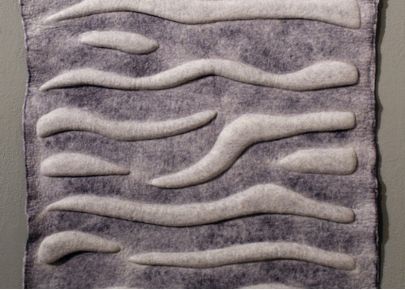 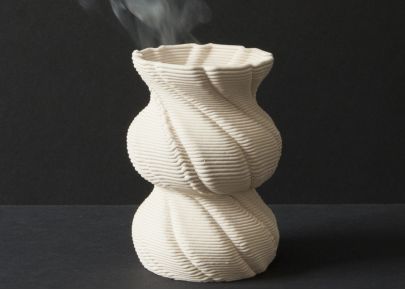 In March 2012 a workshop with Sandberg Institute in Amsterdam took place, where nine MFA students worked side by side with their Dutch counterparts on a joint project, entitled "Extra National Style." The project looked into the issues of national identity, multiculturalism, and design activism, and taught students important lessons in collaborative design. 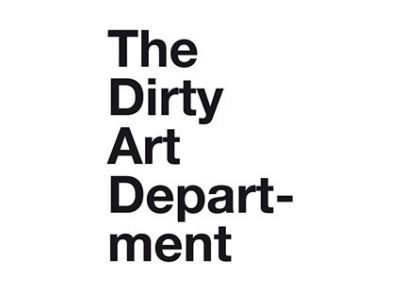 A collaborative workshop with visiting designer Fiona Raby, a Senior Tutor of London’s Royal College of Art, was complex and multidisciplinary in nature. 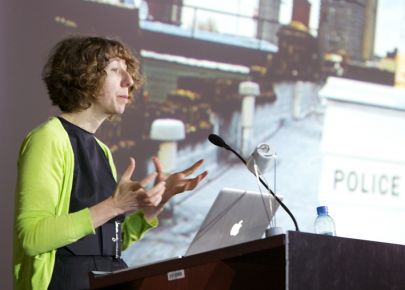 This workshop was about redefining the limited definition of "design" and conventional designers' preoccupations, and about breaking down professional self-inflicted barriers. 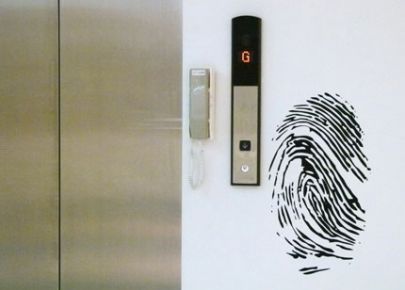 In June 2011 MFA faculty and students had a traveling workshop with Fabrica – a cutting-edge design and research center in Veneto, Italy. The workshop called "Shared Glass" was to create a collection of “hybrid” objects: pieces that mix and match Middle Eastern and Western influences, shapes, and functions. 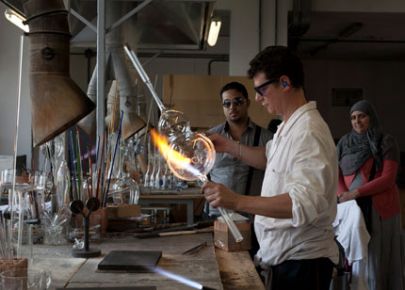 MFA in Design students collaborated with students of Fudan University to create a video project for Qatar’s National Pavilion at the 2010 World Expo in Shanghai. 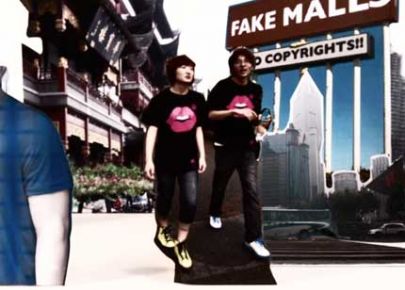 Marije, a founder of The Eating Design movement in Holland, came to visit our MFA students in Qatar and offered a week-long workshop investigating the habits and behaviors associated with food and food consumption. 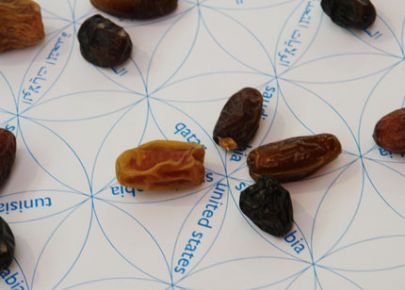 Each year VCUarts Qatar welcomes visiting artists and designers to campus to share their expertise and experiences. Drawn from across the globe, these artists, designers, educators are highly accomplished and recognized within their respective design fields. They share their knowledge through lectures, conferences or specific workshops, broadening our students’ creative experiences and complementing our multi-cultural approach to design.

Many visiting artists have inspired our MFA in Design students including:

The Graduate Research Grant program provides funding with the purpose of encouraging curiosity, creativity, risk-taking and scholarly investigation into a project or subject of interest relevant to the student’s academic or creative interests.  Each year, students from graduate programs can apply for grants to make their projects reality.  Through a competitive review, VCUarts Qatar graduate students will be awarded grants for projects that support and develop their creative practice, research, and scholarship.

Our MFA in Design students have been offered internships at several leading organizations within Qatar including: