Choreography, graffiti, and documented public installation experiments comprise the exhibition, which is taking place at our Gallery until December 9.

An exhibition titled “City Limits” by emerging Iraqi artists Sajjad Abbas and Laith K. Daer is taking place at our Gallery until December 9. The well-attended opening reception took place at 6PM on November 8. It included several Iraqi artists, including Dr. Ala Bashir, a renowned artist and surgeon, as well as Ahmed Al Bahrani, who designed the mural that is beside the main entrance of our building, and members of Qatar's growing art and design scene.

The exhibition showcases the works of Sajjad and Laith, artists and sometime collaborators who have developed their work in Baghdad, using the physical space and interactions within the city as a living organizer of how, and why, they work.

The opening of the exhibition, which took place in the presence of the artists, included a private tour of the exhibition by the artists. It was followed the next day by a guided tour for visitors from the QF Art Trail. Sajjad and Laith explained the ideas behind their works to the visitors and also took questions.

Choreography, graffiti, and documented public installation experiments comprise the exhibition. There are small moments, filmed inside throwaway cars, and large questions, hung boldly on the façcade of buildings. In between pleas of not to shoot, accusations, and confessions, is the sincerity of defiance, close close-ups and composed shots working not against, but in urgent, sustained opposition to silence.

The exhibition will run until December 9.

Opening hours:
Saturday to Thursday - From 9am to 5pm / Friday - Closed
The exhibition is free and open to the public. 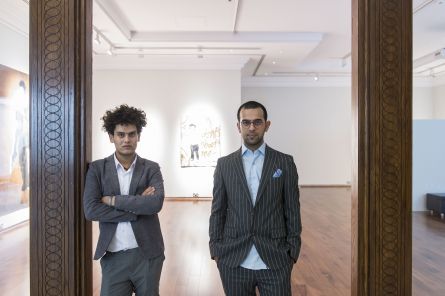 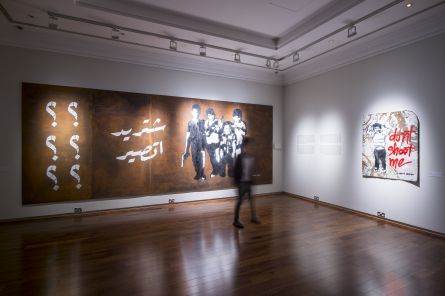 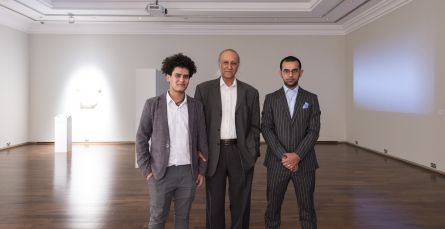 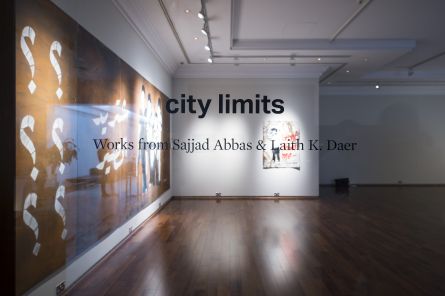