An innovative teaching collaboration between VCUarts Qatar’s Interior Design program and the Doha Film Institute (DFI) has won a Merit Award for Excellence from the US-based Council for Interior Design Accreditation (CIDA) for a project called, “Exploring Space through the Lens—Production Design”.

The aim of the teaching collaboration was to provide VCUarts Qatar’s interior design students with hands-on experience of film production and at the same time to support Qatar’s rising film industry.

The Council for Interior Design Accreditation (CIDA) is an independent, non-profit, accrediting organization responsible for setting standards and evaluating degree-granting interior design programs. There are 190 CIDA-accredited programs in the US, UAE, Canada, and Qatar, including VCUarts Qatar’s Interior Design program.

The teaching collaboration was led by Interior Design program Associate Professor Johan Granberg from VCUarts Qatar; Ben Robinson, Producer / Internship Programme Manager, and Fahad Al Kuwari, Youth Programmes Coordinator, from DFI, all of whom were given the Merit Award for their work on the project.

“Incrementally distancing ourselves from silo-ed education, this course finds impetus in the hybridization of learning and application of design theories, as well-evidenced in the Council for Interior Design Accreditation standards, which underscore the necessity for students work “to demonstrate the ability to effectively collaborate with multiple disciplines in developing design solutions”” said Cherif Amor, the Chair of VCUarts Qatar’s Interior Design program.

“Exploring Space through the Lens—Production Design” was structured in three phases: workshops, production, and postproduction.

In the workshops, the students worked to build up an understanding of the inner workings of film making, such as by creating models, storyboards, mood‐boards, title sequences, and so on.

In the production phase, the students took the knowledge they had acquired in the workshops and began work to turn those ideas into a real movie production called, “The

Reluctant Warrior”. That part of the project required the use of actors from outside of the university and also the support of an expert film team from DFI. Working from a given manuscript, the team of students designed and built a full-scale film set, created a wardrobe, and selected and designed props for the production. Based on their abilities and interests, the students took on the different roles within the film’s art department and were responsible for the full production, including acquiring permits, coordinating with the actors and the Director of Photography, organizing catering for everyone during the filming, and many other challenging activities.

“The VCUarts Qatar students we worked with are exceptional creatives,” said Fatma Al Remaihi, CEO of the Doha Film Institute. “As natural Art Directors, bridging the transition from their interior design training to creating the worlds of film sets has been truly inspiring. Collaborations such as these are essential to DFI’s commitment to support the development of sustainable film and creative industries in Qatar, and to our contribution to a global creative community.”

The third phase was post-production and the students worked with a film editor to turn the footage into a final, polished product. The post-production phase also tested their marketing skills, as they had to produce a poster to accurately and effectively advertise the film.

“We took the written word and translated it into shapes and forms that allowed us to make an environment plausible,” said senior interior design program students Hemian Al-Noaimi and Sara Mashadi.

“We were exposed to multiple situations where we had to use not just our designs, but which also challenged our management and organizational skills,” said senior interior design program student Zeinah Zahir.

“The scale and quality of the production is something that the average person would never imagine was the work of interior design students,” said senior interior design program students Nada Ibrahim and Al Jazi Al-Thani.

The collaboration was a great success because the students were put in a situation where they had to be innovative, and where they had to learn work collaboratively under tight deadlines and regularly under pressure, while dealing with time-consuming demands of sometimes unpredictable situations.

The students demonstrated a high level of learning and understanding of the subject matter, which was attested by faculty and staff from VCUarts Qatar and DFI who participated in external critiques and students’ verbal comments & written evaluations.

Looking ahead, VCUarts Qatar and DFI have already started the second year of the project. Eight new students will get to experience the some of the same sometimes complex organizational and design challenges that the previous students did, which will help them discover skills and abilities they never knew they had, and which will enhance their employability and workplace skills, while contributing to Qatar’s rising film industry and diversifying economy. 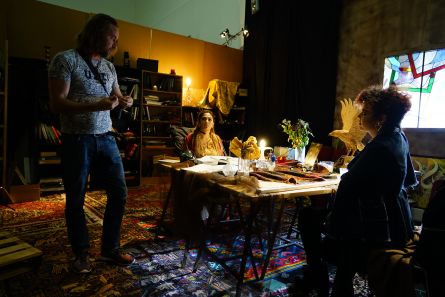 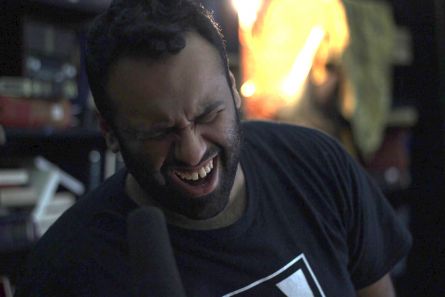 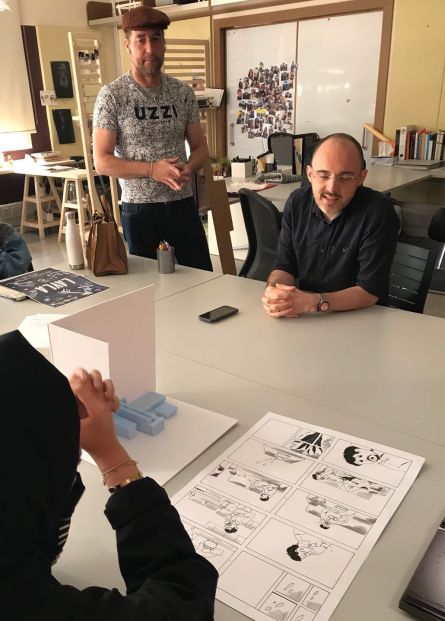 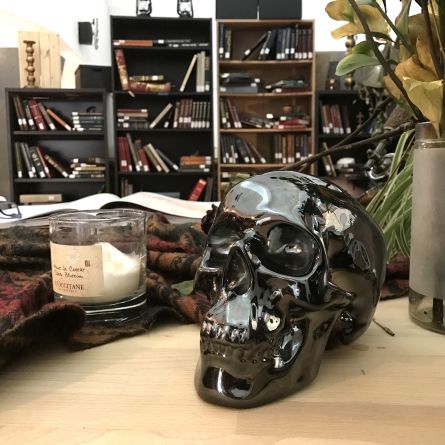 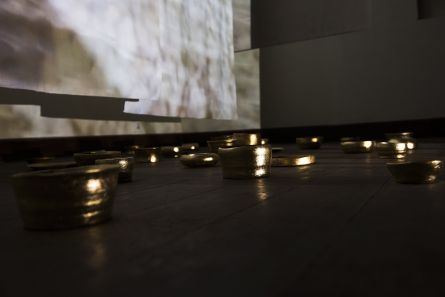