Sustainability and Ethics will be the Future of Design, says new Chair of Graphic Design

When one gets to know Astrid Kensinger, it seems but natural that VCUarts Qatar’s new Chair of Graphic Design would be only the third woman in the world to run 780 kilometers for Camino de Santiago – a popular pilgrim route that traverses France and Spain.

Ever since she was a child, Kensinger has pushed personal boundaries to prove that there is more to life – and design – than meets the eye; she was all but eight years old, when, in the 1970’s she made her first solo plane trip to Japan to visit the home country of her best friend.

The country – with its customs, culture, and penchant for marking time with rituals – left a strong imprint on the young Kensinger; so much so that years later, after a BA in Classical and Near Eastern Archaeology in the US, she would travel back to Tokyo on a scholarship to research and study pottery making.

Given her innate sense of exploration and curiosity, though, her interest in pottery turned out to be a transit point to another destination – graphic design.

“I loved the meditative focus of pottery making,” Kensinger recalls. “Yet, as a young adult living and studying in Tokyo in the 1990’s, it wasn’t long before another field of design caught my attention; something that, because it was still in its nascent stage, piqued my nomadic tendency to gravitate towards the unfamiliar – the home computer.

“It was only a matter of time before I shifted from pottery to Abobe, which ultimately, years later, led to taking a job as typography lecturer at the prestigious Tama Art University in Tokyo. In between, as my interest in photography grew, I invested in my first computer – one of those old models that came in the shape of a big rhombus.”

Kensinger says what started out with ‘playing around with filters in Photoshop would soon grow into a passion.

“The early 1990’s was an exciting time when we were waking up to the promising world of tech-based design,” she says. “I had always kept a sketching journal and had invested in a Nikon FM2, so it was only natural that I was drawn to Adobe’s Photoshop which had been introduced in the late 1980’s, and the extensive possibilities that it offered. Suddenly here was a software that gave anyone who was willing to learn it, the ability to consider becoming a designer.

“I didn’t know it at that time, but I was dabbling in what later evolved into a career in graphic design. In short, what started out with a scholarship to study pottery, ended up in leading to becoming an art director in Tokyo.”

Fascinated by the marriage between technology and art, Kensinger decided to pursue an MFA at the Rhode Island School of Design, in the US.

Immediately following her MFA, she taught, led workshops, and delivered guest lectures at some of the London’s top design schools including London College of Communications, Central St. Martins, Ravensbourne College, University of Brighton, University College for the Creative Arts at Epsom, in the UK.

Despite this brief sojourn in the geographical west, her affinity for the far-east re-surfaced – and she soon found herself settling for over a decade in Singapore, as an Assistant Professor at the School of Art, Design and Media, in Nanyang Technological University, Singapore, where she was initially assigned the task of developing the visual communication area, from scratch.

Her tryst with the east continued; in 2017 she was appointed Study Area Coordinator at Queensland University of Technology’s (QUT) School of Design for the Interactive and Visual Communication areas, in Australia – an appointment granted in recognition of her academic experience.  At QUT, she taught Contemporary Issues and Professional Practice.

Kensinger notes how graphic design’s development, in tandem with technology, has been evolving, and more recently speeding towards a focus on contemporary issues.

“Since the First Things First Manifesto, there has been a shift in tone in the design world,” she explains. “Designers have become vocal about their ethical responsibilities. We are well aware of our potential impact, and some might say we have history of complicity in consumerism and consumption. This self-reflection has really opened up the design discourse to actively address real world concerns like sustainability, inclusivity, equity, decolonization and speculative futures. I’ve seen this evolution manifest itself around me as well.”

VCUarts Qatar’s faculty member shares her own professional journey as an example of this shift; she started her career in industry, and over the years focused her professional practice to work only with clients and projects that resonate – while continuing to self-author experimental projects, and actively seek multidisciplinary research collaborations.

She has collaborated with the Skoll Foundation in Sri Lanka to develop Dengue fever outbreak solutions; she’s helped map and preserve endangered languages of Asia with DIHA: Digital Intangible Heritage of Asia, a research cluster based in Nanyang Technological University in Singapore; and, traced historical language migration in South East Asia.

“A huge part of being a designer now, is also about helping industry/society move towards making well informed and responsible choices,” she notes. “In the future, I see designers – our students – shifting towards applying their creativity in directions that reflect very clear ethical considerations; towards a mindset that requires sensitivity towards the environment with an awareness of design’s impact in society.”

And, where Kensinger is concerned, it’s a mindset that she practices at both personal and professional levels.

“I follow a whole food plant-based or WFPB diet where each meal is prepared from scratch,” she says. “A lot of my personal creative practice involves performance and health: walking, running, standing on my head, cooking for 365 days as 'endurance art' and the documentation and sharing of these actions. I’m a certified yoga teacher and marathon runner; the longest single stretch I have run was the Camino de Santiago.

“Through all this, I’ve discovered that the journey is not a straight line, and inspiration can come from little daily rituals as much as from meta pilgrimages   – which explains why I’m passionate about systems thinking, complexity, mapping and visualizing information. My personal and professional life has been all about connecting dots to make meaning. 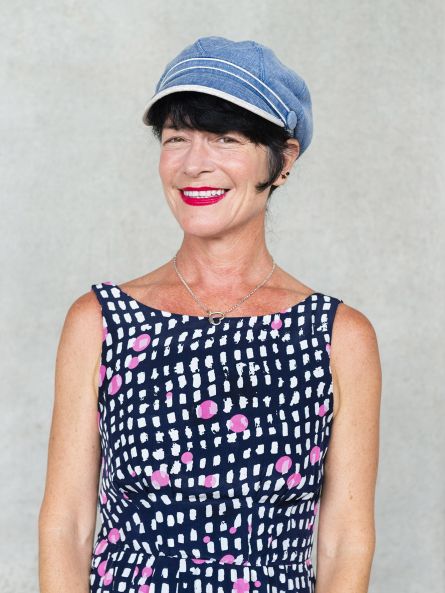 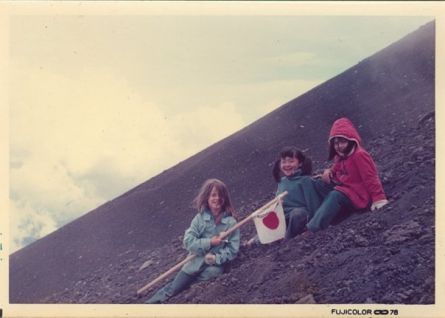