Most long-term residents in Qatar are familiar with the country’s iconic landmarks and buildings – show them a photograph of Souq Waqif and recognition are instant. But what if they could identify landmarks or neighborhoods in Doha through sound, and not visual imagery? Well, that’s exactly what a workshop co-conducted by two faculty members at VCUarts Qatar focused on.

The workshops, collectively titled ‘I licked the sugar off the walls of my memory’, involved sound design artists and enthusiasts from the wider community. The workshops were free, open to the public, and held at the Fire Station and VCUarts Qatar.

Participants also went on ‘sound recording’ field trips across the city and its suburbs, capturing audio specific to a location, or activity. The recordings were then combined to form an abstract sonic landscape that takes a listener on a journey through Doha.

According to the proposal shared by Eltayeb, “the title of the workshop comes from a Nizar Qabbani poem which speaks to the sweetness of nostalgia, be it in audio or visual form. The practical elements of the workshops showed how as humans, our memories of a specific geographical location are intertwined with our personal responses to visual, audio, or other stimuli of the place, forming an invisible thread that connects us to a world outside of ourselves”.

Hersrud and Muscolino noted that public response to the workshop announcement was encouraging.

“We were surprised and delighted to see the number of sound design enthusiasts in Doha,” Hersrud said. “We put out a call to fill around a dozen places, and around 25 people responded. This means Doha has a promising community of sound artists. It was a wonderful experience for the participants as well as for us, with a lot of discussions around the connection of memory, sound, and place. It was a great start, and we certainly plan to conduct similar workshops in the future.”

For most participants including Amal Boukadida and Abdul Basit, the idea of a sound design workshop was new. According to Basit, a visual merchandiser currently in an internship program at the National Museum of Qatar, the workshop announcement itself was unexpected.

“It came as a surprise to hear that VCUarts Qatar was offering workshops in sound design,” he said. “Up until then, I had always associated the University with the fine arts, graphic design and interior design.  It was an eye-opener that design was far more than that. I have always been interested in sound as part of our experiences, but I had never taken part in a sound design workshop before; this one conducted by VCUarts Qatar and Fire Station was my first such,” he said.

Basit found the purpose and practical elements of the workshop engaging.

“I covered both the New and Old Msheireb neighborhoods,” he said. “It was a revelation that a locality had so much to offer in terms of sound alone. I noticed noises I’d normally overlook: the sound of water dripping from an A/C outlet into a bucket, of a plastic bottle being kicked around by a man who was walking along the sidewalk, of cats outside a hotel lobby, of dry leaves and grass, and of the mechanical whirr of a sewing machine.

“What was unforgettable though, was recording the memories of a person who lived in the old Msheireb neighborhood back in 1990s. This person spoke with warmth and longing. He told me how he used to go cycling with his friends and swim in the local water tanks with his brother. Looking back, I feel happy that I was part of a workshop that taught us how sound can help save the memories of space in relation to its whereabouts.”

The field trips were the highlight for Amal Boukadida, a Tunisian Museums and Galleries Curator, as well.

“I used my mobile phone to record natural sounds at Souq Waqif, including human conversations and singing, children laughing, vendors calling out their wares, birds chirping, and ambient noise including the hum of air conditioners and coolers, and even chairs scraping,” Boukadida, who has an MA in Curating and Art Exhibition from Tunisia's Higher Institute of Fine Art, said. “It was fun to go back to the studio, edit these recordings using special tools, and add soundtracks to make something memorable that can be archived,”

She added, “Attending this workshop was a fantastic way to connect with locals who share your interests but have distinct traditions and cultures. It was an excellent opportunity to experiment with various techniques and learn more about a variety of musical instruments and sound equipment.”

Both Hersrud and Muscolino are experienced in audio design. They lead Sonic Jeel (Jeel means ‘generation’ in Arabic) a lab investigating sound, noise, electronic music, and audiovisual media within the context of Qatar and the Gulf region, at VCUarts Qatar. Through Sonic Jeel, Hersrud and Muscolino regularly collaborate with local artists, collectives and studios. They have performed at various events and locations across the city, including the Tasweer festival, Studio 7, and Fire Station gallery. Sonic Jeel’s investigations have led to the creation of elective courses in sound design at VCUarts Qatar. The lab recently released a vinyl album titled ‘Zekreet’, featuring sonic work by 17 artists from Doha, including VCUarts Qatar alumni and students. 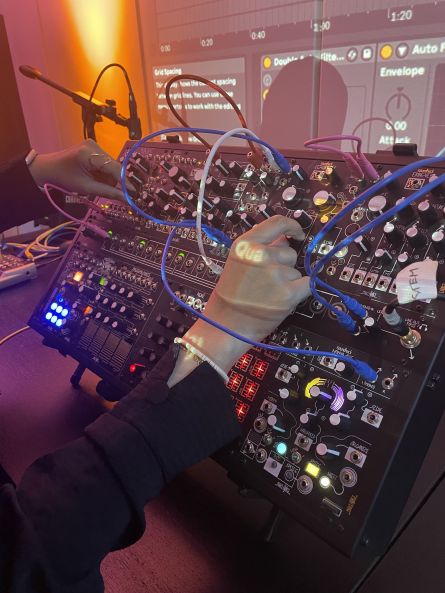 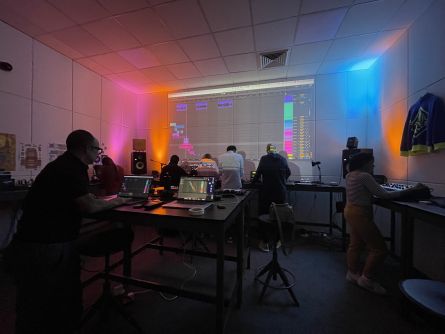 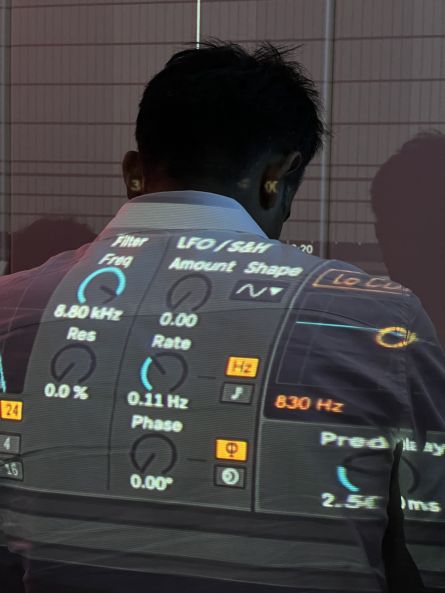