Virginia Commonwealth University in Qatar presents a lecture by internationally renowned lighting designer Beau McClellanMcClellan entitled Reflections on Tuesday, 2 November, 2010 at 6:00 PM in the Atrium at VCUQatar. The lecture is open to the public.

‘Reflections’ will focus on ‘Building of Reflective Flow’, the concept behind the incredible ‘Reflective Flow’ that was unveiled at the Al Hitmi building on the Corniche earlier this year and declared the largest chandelier in the world. Mr. McClellan will also offer a more generic view of the projects he has been involved with during the lecture.

Winner of four Red Dot Design Awards, Light of the Year Award, nominee for the prestigious DesignPreis and recently awarded the Guinness Record for designing the ‘Largest Chandelier in the World’, Beau McClellan was born in 1965 in Edinburgh in Scotland and now lives with his wife and son in Portugal. He made his debut as a sculptor and artist blacksmith, but has proven his incredible creative diversity in a surprisingly large range of artistic projects in the world of arts, from music to theatre and even advertising. His multifaceted and unique talent allowed him to be a singer songwriter- composer, a film art director-set designer and an ad art director-producer.

Mr. McClellan’s talent has evolved over the years, his recent endeavors emerging deeply into light sculpture and design. Through his team at Beau McClellan Design, he has developed exclusive one-off pieces - for many discerning clients, celebrities, international sports personalities and Royalty - mastering the art of forged steel sculpture and high-end light installations of all proportions, gracing the world with beautiful and meaningful lighting designs.

Entering the world of international commercial lighting design, Mr. McClellan is now the sole product and lighting designer behind the “Beau for Brumberg” brand. He has created several high-end, contemporary lighting ranges incorporating the latest LED technology for one of Europe’s most respected lighting companies Brumberg Lighting. He is currently working on several projects in the Middle East, Europe & Asia Pacific, including individual ‘Signature’ art commissions for Hotels, Corporations, Government Buildings and a selection of bespoke clients.

Mr. McClellan is also part of an internationally renowned group of companies that have designed a cutting-edge new ‘Green’ lighting solution for retail conglomerates around the world. He looks forward to investing a great deal more time and energy in creating design pieces and light solutions that will last the test of time and not affect the environmental future of the globe.

In addition to his lecture, Mr. McClellan will be spending the day with the Interior Design students at VCUQatar in the Color & Light class, show them a video about Building Reflective Flow and take them on a field trip to see the Reflective Flow at the Al Hitmi building. “I met Mr. McClellan at a conference at La Cigale last spring as was very impressed with his commitment to sustainability and design and his vision for the future of lightning design,” said Ms Carolyn Freeman, Chair of the Interior Design department at VCUQatar. “I’m very excited for him to get to meet the students,” she concluded.
‘Reflections – Building of Reflective Flow’ is held on 2 November, 2010 at the Atrium in VCUQatar and starts with a reception at 6:00 PM. The lecture is open to the public. 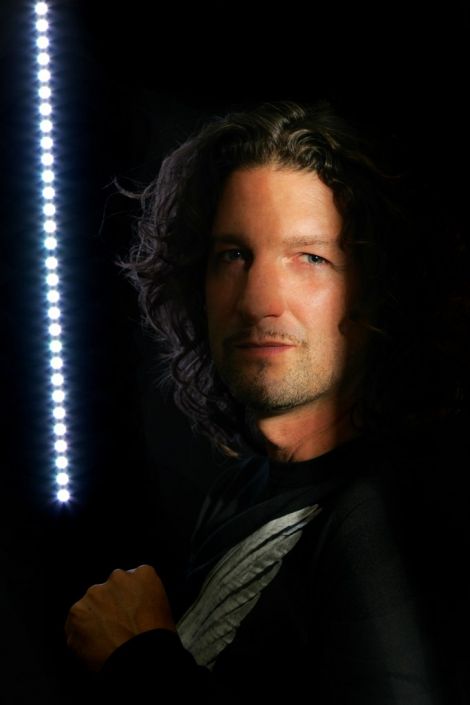 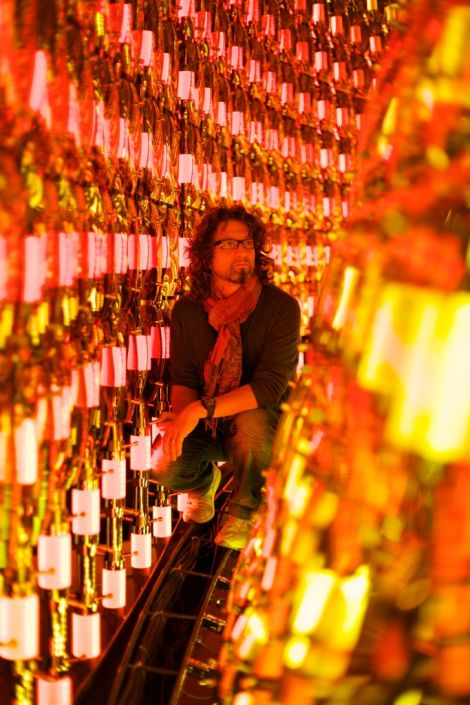 Beau McClellan inside the Reflective Flow 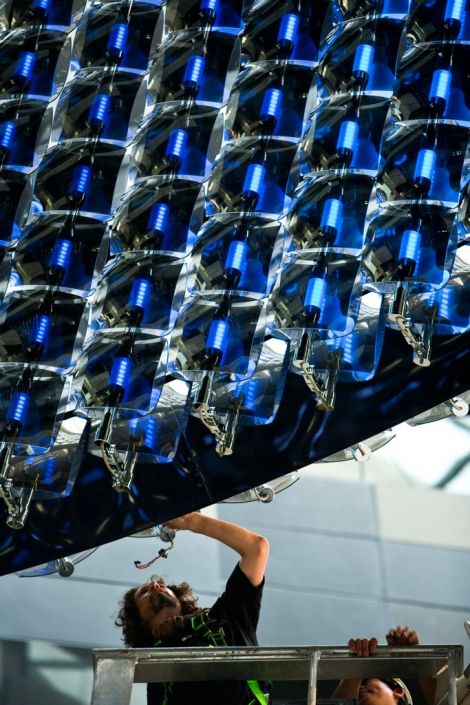