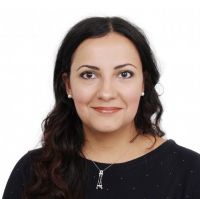 Post-Bacc., School of the Art Institute of Chicago, 2001

Basma Hamdy is a research-based designer, author and educator producing work that bridges historical, political and social issues with archival, documentarian, participatory, and critical mechanisms. She is an advocate for collaboration and participatory practices, believing that design must promote multiperspectivity. She has collaborated with historians, photographers, designers, activists and cultural organizations to create work that reformulates or challenges established norms or conventions.

Since 2011, she has been researching and documenting the creative output of the Egyptian Revolution culminating with the book ‘Walls of Freedom: Street Art of the Egyptian Revolution’ in collaboration with Don Karl, published in March 2014 by ‘From Here To Fame’ (Berlin). She is currently working on her second book ‘Found Khatt’ in collaboration with Noha Zayed, documenting found typography across Egypt. She has been interviewed and featured extensively in prominent international media –such as The New York Times, Fast Company, Jadaliyya, Huck, Der Spiegel and Print– and exhibited and spoke at several international art and design festivals and conferences such as Duke University’s Arts of the Revolution,  Spielart Festival Munich and The Graphic Design Festival Breda. In 2016, Basma Hamdy was recognized for excellence in research (scholarship) by a panel of distinguished jurors as part of the Communication Design Educators Awards by Design Incubation.

Hamdy earned an MFA from MICA in 2003, a Post-Baccalaureate Certificate from the School of the Art Institute of Chicago in 2000 and a BA from the American University in Cairo. She is currently a candidate at PhDArts: Leiden University and The Royal Academy of Art (KABK), The Netherlands. She has extensive experience teaching in the Middle East and is currently Assistant Professor of Graphic Design at Virginia Commonwealth University in Qatar.

“Walls of Freedom Street Art of the Egyptian Revolution.” (with Don Karl), Berlin: From Here To Fame, March 2014. (book/international)

[FORTHCOMING] “Design in Qatar.” (with Denielle Emans) in The Encyclopedia of Asian Design, Volume 3, Bloomsbury Publishing, 2016

[FORTHCOMING] “A Language of Resistance: The Subversion of the Arabic Script.” in Aesthetics of Resistance edited by Sarah H. Awad and Brady Wagoner, Palgrave Macmillan, 2017

Jordan Kushins. “A Look At The Street Art That Spurred A Revolution”, Fast Company, June 2013. (online) 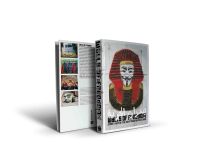 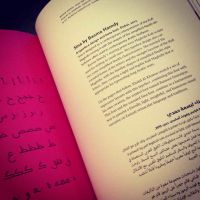 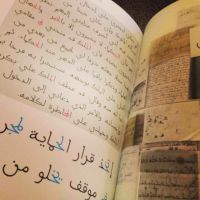 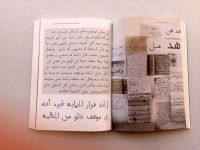 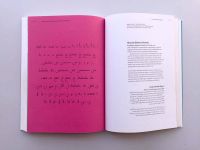 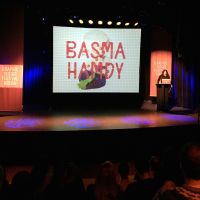 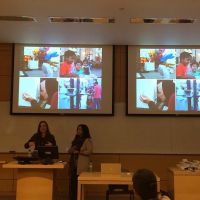