A Leap of Faith Leads to a New Path

‘Fine art revealed me to myself’: Aisha Al-Ziani, VCUarts Qatar Painting and Printmaking Class of 2020 graduate

When defining the phrase “a leap of faith,” you could choose one of these: to do something even though you are not sure it will succeed; to believe in something that is not proven to work; or to give up all you’ve worked for and take up something new.

Or, you can simply point to Aisha Al-Ziani.

Four years ago, on a March morning, Al-Ziani sat in a classroom, waiting impatiently for what was to be the final module of her foundation year in art.

As she sat there, she couldn’t help feeling slightly judgemental. From a career perspective, she felt the class – Painting and Printmaking – wasn’t as significant as the other introductory modules that she’d completed during her year in the Art Foundation program at VCUarts Qatar.

Besides, having just signed a sponsorship contract with a local company to study graphic design, she was raring to get the academic year over and done with.

Little did she know that four hours later, she would, in her own words, “be tossing my plans aside for something that had just landed on my lap.”

The class commenced, and as she smeared paint and printed screens, Al-Ziani found herself absorbed in the multi-sensory processes.

“The thrill of organically creating a piece of art from scratch, was startling,” she recalls. “It was unlike any I had experienced on the course so far.”

“On the other hand, I was shaken that I enjoyed it so much. I realized that I had almost committed myself to studying a field that didn’t give me the sheer joy that I was experiencing at that moment.”

Al-Ziani says the newly-surfaced dilemma disturbed her so much that she barely paid attention to the remainder of the class.

By the end of the week, though, she had been converted. She informed VCUarts Qatar that she would be changing her Bachelor of Fine Arts degree to Painting and Printmaking – and cancelled her sponsorship contract.

The decision would be the first of many such leaps of faith, and lessons in life, that she would be presented with during her four years of Painting and Printmaking studies.

“Ironically, the biggest challenge in studying fine art is the freedom it affords the student,” muses Al-Ziani.  “And for that very reason, it doesn’t push you the way other specializations do. Yet it demands something tougher: the willingness to shed all your inhibitions, and let your art – not the expectations of others – define you. [It was] a steep hill for someone like me who always aimed to please, and who was always used to being given instructions and directions.”

Her journey of conversion didn’t stop with changing track. Al-Ziani says that shedding her doubts and insecurities each time she sat down to create a piece of art seemed to have a ripple effect on her personality; such as the manner in which she responded to people, and the opportunities that came her way.

“Though I’ve always loved singing and presenting, I never ventured out to perform in public, as I was always conscious about societal expectations and beliefs,” she says. “But a couple of years into my course at VCUarts Qatar, an opportunity to host a website show arose at ILoveQatar – a popular local website that offered readers a modern take on all things Qatar.

“I pushed myself forward – something I wouldn’t have dreamt of doing had I kept myself locked inside the old Aisha.”

Al-Ziani was selected, and the show – QTips – was a hit among the youth in Qatar. Her “journey of self-revelation” as she calls it, had only just begun.

“I’ve been singing since I was a child, but mostly to a small circle of friends and family,” says Al-Ziani. “In February 2018, I was approached by Dana Al Fardan who proposed [that we] work together, and that’s when my career took off. My first public performance was in November 2018, when I sang her songs at a celebration of the opening of a mall in Doha, where I opened for Jennifer Lopez.”

Since then, she hasn’t looked back. In March of 2019, Al-Ziani sang the opening solo at a concert led by the Indian music composer A. R. Rahman, and in October 2019, she sang a duet along with Fahad Al-Kubaisi at a concert led by Qatari composer Dana Al Fardan in the UN General Assembly Hall at the United Nations in New York.

Following her graduation, the Class of 2020 fine art student has begun work on a music album – the culmination of a series of events which she traces to that single decision she made four years ago.

“Fine art revealed me to myself,” she says. “It taught me individuality and uniqueness. I learnt to embrace my weaknesses and strengths, my personality and psyche, as intrinsic to my whole.”

“[It] was liberating because it freed me from the incessant voice in my head that said I’m not good enough. And the moment I accepted that, I stopped drowning my innate talents in a sea of self-doubt; I allowed that little spark that was always inside me to grow.” 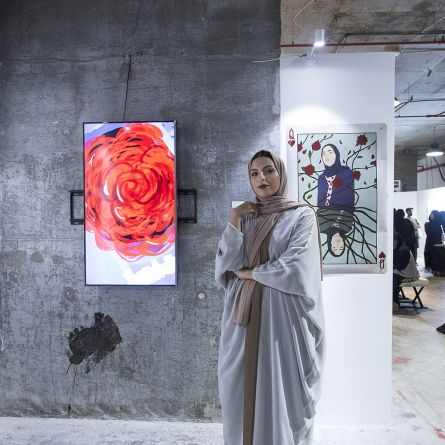 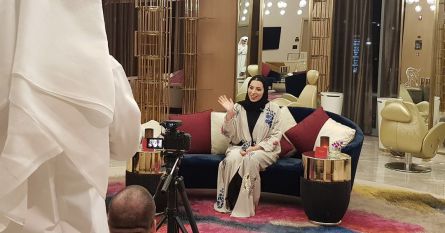 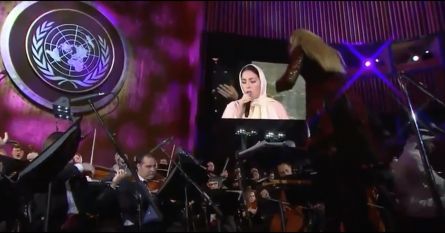 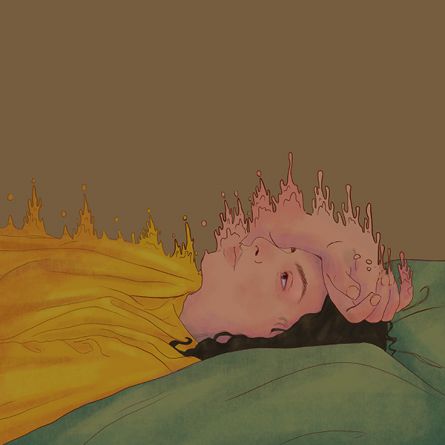