A Crossing Boundaries lecture by the New York-based filmmaker of “The Future of Cities” at the Fire Station Cinema will be followed by “Minber”, an exhibition by our Painting & Printmaking students, at Art 29 gallery at the W Doha hotel

VCUarts Qatar will be organizing an evening of “art and ingenuity” at the Fire Station Cinema, and at Art29 gallery at the W Doha hotel, on November 27.

The evening will begin at 6pm with a Crossing Boundaries lecture by New York-based filmmaker and producer Oscar Boyson, who directed the globe-trotting, collaborative documentary, “The Future of Cities” (2017). It will be followed at 7-9pm at Art 29 gallery at the W Doha hotel by “Minber”, an exhibition by the university’s Painting & Printmaking students.

Boyson’s lecture, titled, “Learn the rules, then re-write your own alphabet”, will take the audience on a tour of notable triumphs of art and ingenuity over commerce and industry in recent history, and in his personal career as a producer and director. Topics will include: the value of culture, the currency of trust versus monetary currency, information as renewable energy, turning nothing into something, and evolving definitions of sustainability within creative pursuits. The lecture will take place at 6pm, and will be free and open to the public.

Boyson’s recent directorial work includes “Rammellzee: It’s Not Who But What” (2018), a documentary about legendary New York artist Rammellzee, who Sotheby’s described as a “Shape-shifting multimedia artist…and a hip-hop pioneer who left behind an astonishingly varied and influential body of work.” Boyson has also worked as a producer on films such as “Good Time” (2017), “Heaven Knows What” (2014), “Mistress America” (2015) and “Frances Ha” (2012) and directed dozens of music videos, commercials, short films and online videos.

The opening reception for “Minber”, a collection of artworks created by 15 junior and senior-year students from the Painting & Printmaking program at VCUarts Qatar, will take place at Art 29 gallery at the W Doha hotel at 7-9pm. The works reflect individual identities and frame several years of research and creative practices. Each of the artists’ conceptual and aesthetic backgrounds are represented in their works, and the contrast between their practices manifests itself throughout the way visual language is used.

The exhibition will run until January 31, 2019.
Both events are free and open to the public. 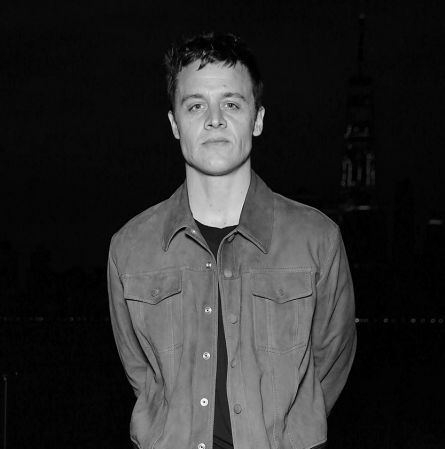 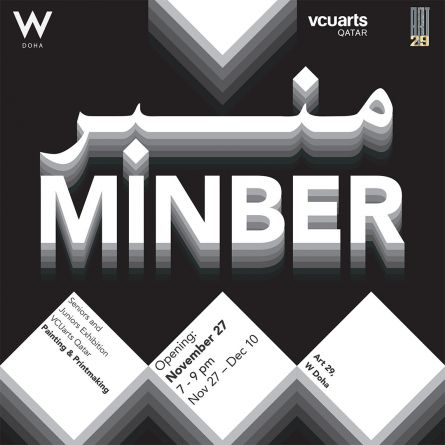