"General Drift" by Art Foundation Assistant Professor Ryan Browning is currently on display at the Ada Gallery at 228 West broad Street in Richmond. The exhibition will run until March 31.

“Functional ornamentation, like signage, logos, monuments, and other architectural embellishments, punctuates natural and architectural landscapes to add signification or otherwise adjust the social import and function of those spaces”, Browning explains.

“These or markers direct and inform, but also serve to influence through suggestion and redefinition, lending abstract informational qualities and values to space. Every surface can harbor these interruptions, from walls to product labeling, to empty spaces in the middle of the desert. They become both a linguistic extension of a place’s design, and a formal evolution of its aesthetic.”

Born in Houston, Texas, Browning received his BA in Art History and Curatorial Studies from Brigham Young University and his MFA in Painting and Interdisciplinary Art from Maryland Institute College of Art.

“I’ve experienced an increased awareness of these elements while living in Qatar. Due to differences in design and text often written in languages I don’t speak, these unfamiliar interruptions have become more formally interesting to me, and somewhat less passively functional. I also find myself putting more effort into the decoding of these elements based on their aesthetic and the cultural symbols and values they sometimes employ in their design”, he explained.

“The artworks I’ve been creating recently are reflections of this increased awareness and appreciation for the formal qualities of these ordinary markers and the surfaces they live on. The shape of a sign can have its own abstracted beauty, and the presence of a monument or architectural device can achieve archaic humanization through its approachable yet unfamiliar forms.

“We make our own image of paradise, and we build our own walls around it. This collection of artworks maps out a fictional paradise, circling around various objects and forms in a decaying orbit, drifting with an endless regularity".

Browning has exhibited and curated in galleries and museums internationally. His work has been written about on Art F City, ARTnews, and Juxtapoz dot com. He is represented by ADA Gallery and is an Assistant Professor at VCUarts Qatar.

See more of his work at http://adagallery.com/Ryan_Browning.html 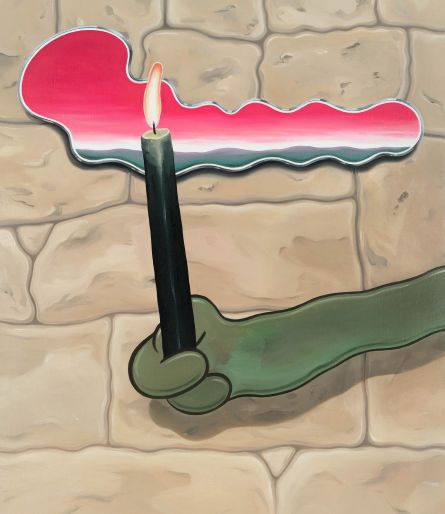 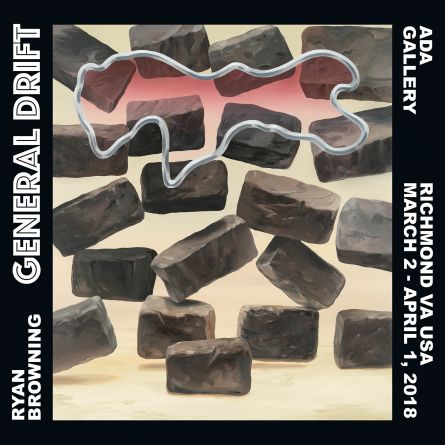 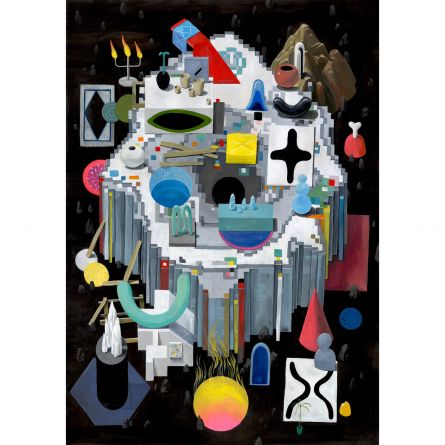