Grief and Other Animals – sixth book by VCUQatar Professor published.

VCUQatar Assistant Professor of English in the Liberal Arts and Sciences program, Patty Paine has recently published her sixth collection of poetry, Grief and Other Animals.

In her new poetry collection Paine takes the reader on an emotional journey through the process of coping with tragic loss from the "knife-stab sudden" pain of initial grief to the reemergence of hope.

In a review of the collection, the poet Bob Hicok observed that "This stunning book both resurrects and more truly buries, and does what the best poetry does—shows me the world of another, and in doing so, brings me closer to my own. I feel bitten by these haunted poems."

In his review of the work Poet David Wojahn wrote “Patty Paine's superb new collection arises from the nearly unbearable—a mother's death, but most especially the senseless death of a husband. And, as the crucial elegiac poets know, grieving never truly arrives in "stages," and never ends in "closure." It is a process infinitely more intricate and nuanced than the platitudes suggest, and it ends, at best, in only a fraught and vexed consolation, what one of her poems calls, "a sorrow deeper than solace." Yet even a vexed consolation can be a form of quiet triumph, and these poems—spare, heartbroken, and always utterly precise—arrive repeatedly at such a triumph. Patty Paine has written a book of bravery and consummate artistry.”

Grief and Other Animals was published by Accents Publishing. Paine has previously published volumes of poetry entitled Feral (Imaginary Friend Press), Elegy & Collapse (Finishing Line Press) and The Sounding Machine (Accents Publishing). She has also been the co-editor of two anthologies Gathering the Tide: An Anthology of Contemporary Arabian Gulf Poetry and The Donkey Lady and Other Tales from the Arabian Gulf. Her poems, reviews, and interviews have appeared in Blackbird, The Louisville Review, Gulf Stream, The Journal and other publications. She is the founding editor of Diode Poetry Journal, and Diode Editions. 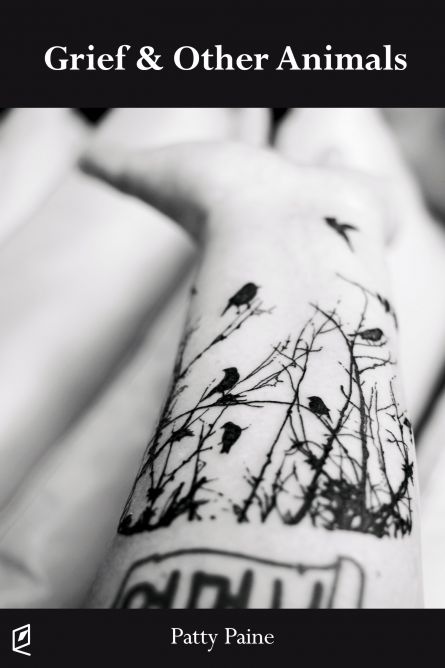