Her Highness Sheikha Mozah of Qatar to Speak at VCU Commencement

Her Highness, the consort of His Highness Sheikh Hamad bin Khalifa Al Thani, the Emir of the State of Qatar, has taken a leading role in the development of Qatar Foundation, which created Education City, the campus in Doha that hosts the VCU School of the Arts in Qatar, along with a cluster of world-class higher education institutions dedicated to providing academic excellence, including branches of Georgetown University School of Foreign Service, Carnegie Mellon University, Weill Cornell Medical College, Northwestern University and Texas A&M University.

Her Highness served as president of the Supreme Council for Family Affairs, which works to strengthen the role of the family in society and to address issues of concern to women and children in Qatar. She is a UNESCO Special Envoy for Basic and Higher Education, serves as a member of the High Level Group of the United Nations Alliance of Civilizations and is the chairperson of the Arab Democracy Foundation. Forbes magazine has ranked her as one of the 100 most powerful women in the world, and the Times of London called her one of the 25 most influential business leaders in the Middle East.

Her Highness graduated from Qatar University in 1986 with a degree in sociology. She has an honorary doctorate from VCU, Texas A&M, Carnegie Mellon, Imperial College London and the Georgetown University School of Foreign Science.

Commencement exercises will be held on Saturday, May 22, at the Richmond Coliseum.  For more information, please visit http://www.commencement.vcu.edu/

About VCU and the VCU Medical Center: Virginia Commonwealth University is a major, urban public research university with national and international rankings in sponsored research. Located on two downtown campuses in Richmond, VCU enrolls more than 32,000 students in 211 certificate and degree programs in the arts, sciences and humanities. Sixty-nine of the programs are unique in Virginia, many of them crossing the disciplines of VCU’s 13 schools and one college. MCV Hospitals and the health sciences schools of Virginia Commonwealth University compose the VCU Medical Center, one of the nation’s leading academic medical centers. For more, see www.vcu.edu. 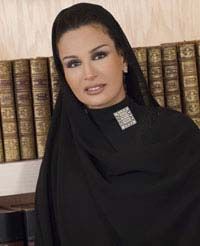