“We as human beings carry a potential within us which is greater than any technology and … our minds are more powerful than any computer,” said Her Highness, consort of His Highness Sheikh Hamad bin Khalifa Al Thani, Emir of the State of Qatar. “And what unites us as humans are our shared virtues, our compassion and a desire to carve a mark on the world.”

Her Highness is a leader in Qatar’s drive to become an advanced, knowledge-based society, and education features prominently in her work as she takes a leading role in many educational projects in Qatar. Her Highness serves as chairperson of Qatar Foundation and its flagship project, Education City, the innovative campus in Doha that hosts the VCU School of the Arts in Qatar, along with a cluster of world-class higher education institutions dedicated to making Qatar a center of excellence in higher education and research.

Her Highness said that education serves as a valuable tool for young people around the world, noting the common benefits a college education offers new graduates in both Qatar and the United States.

“Within each of us there is a passionate interest waiting to be uncovered,” she said. “Education is one of the most powerful means for any individual to discover the promise that lies within.”

Students received professional, graduate and undergraduate degrees at the ceremony at the Richmond Coliseum. About 2,800 students attended the ceremony, and about 4,300 degrees were conferred.

VCU President Michael Rao, Ph.D., told the graduates that VCU’s commitment to them will continue long past graduation.

“Our responsibility – those of us who administer and teach at VCU – to you does not end today,” Rao said. “That is because however the world sees VCU – its reputation, its standing – will affect how the world sees you. “My job is to make sure that VCU’s ascending line of greatness keeps ascending, that the reputation of this university continues to grow and never diminishes,” he said.

Ellis Marsalis Jr., the renowned New Orleans jazz pianist and educator, was awarded the Honorary Doctor of Humane Letters, VCU’s highest form of recognition. Marsalis, who taught at VCU from 1986 to 1989 as a professor, has recorded extensively as a bandleader and in accompaniment, and he has trained jazz musicians since the mid-1970s, including Terence Blanchard, Donald Harrison and Harry Connick Jr. and his sons Branford, Wynton and Delfeayo.

The Edward A. Wayne Medal, established in 1971 to honor individuals who have made outstanding contributions or provided exemplary service to VCU, was bestowed on Ruth and Louis Harris. Ruth Harris is a longtime academic coordinator at the Riverside School, and Louis Harris, Ph.D. is the Harvey Haag Professor in the VCU Department of Pharmacology and Toxicology and a lifetime honorary trustee of the MCV Foundation. The couple’s philanthropic contributions to the university include professorships, a scholarship and a student support endowment, among other initiatives.

The Presidential Medallion, established in 1984 by the Board of Visitors to recognize individuals for extraordinary achievement in learning and commitment to the mission of VCU, was awarded to Sue Ann “SAM” Messmer. Messmer retired in February from her positions as vice president for university relations and chief of staff for the Office of the President after 37 years at the university. 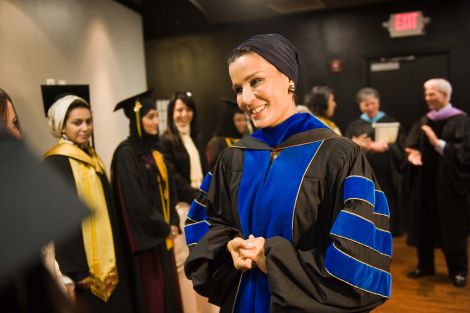 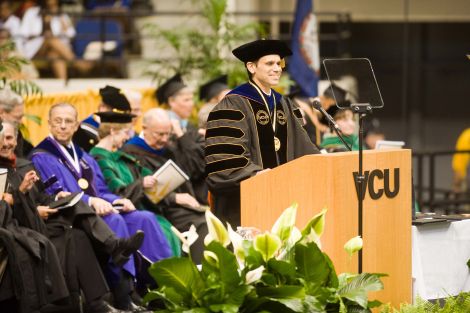 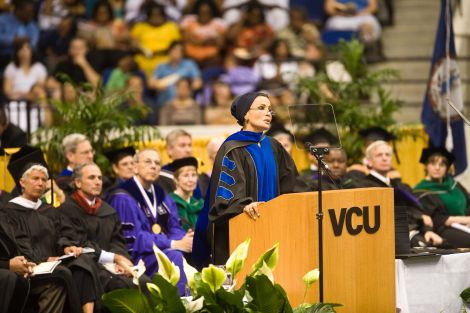