It was an unusual choice – but one that reflected her roots.

For her final thesis, Farzana Abubacker Velliyattil, a Class of 2020 Bachelor of Fine Arts (BFA) in Interior Design graduate from Virginia Commonwealth University School of the Arts in Qatar (VCUarts Qatar), a Qatar Foundation partner university, chose to repurpose a derelict – and controversial – property in her state of Kerala, in the south of India, as a retirement home for elderly migrants who were returning to their hometown.

“I come from a state in India that has one of the largest numbers of overseas migrants in the country,” Velliyattil says, as she explains her project.

“And more often than not, most of these migrant workers return home to find that the place which was once a part of their nostalgic childhood memories, has evolved and moved on. They find it difficult to reintegrate into a society that is being led by a considerably younger generation.

“There is a reason why I chose that specific property – the Comtrust building in a town called Kozhikode in Kerala. The structure – which dates back to the 1850’s – housed a pioneering weaving factory, which in its heyday exported cloth and tailored clothes across the globe. After the country’s independence, its ownership changed hands, exports declined, and eventually, the factory shut down.

“But for most migrants returning home to the city, the heritage site continues to be a symbol of the culture, traditions, and beautifully designed clothes that made the city famous. I wanted them to be a part of that history.

“I designed the interior of Comtrust factory in a way that such returnees could live in a place that was part of their identity. It would also help them reintegrate into society by bringing them physically closer to the new generation of entrepreneurs in and around that neighborhood.”

Velliyattil’s project is remarkable not merely because it connects her with her roots and addresses a need, but also because there was a point in her university life when she questioned her ability to complete the program.

Back in 2016, and new to Qatar, Velliyattil was torn between pursuing either of her twin passions – architectural design and painting – when she heard of the Interior Design program at VCUarts Qatar. She was interested, as the program seemed to offer the middle ground she was seeking.

She enrolled for the university’s BFA program, and started what was, in her own words, ‘Eighteen months of struggles and self-doubt’.

“The first few months were overwhelming to say the least,” recalls Velliyattlil. “Having been schooled in an academic program where learning by rote was the norm, I struggled to adapt to the curriculum at VCUarts Qatar. In fact, my use of a computer for learning purposes had been quite limited in school - and here I was having to come to grips with Photoshop, Illustrator, Adobe Premiere, and InDesign, overnight!

“There was even a point where I wondered if I had the skills necessary to complete the program. But as I’d already invested in it, I told myself I had to pull through somehow.”

She did more than “pull through somehow.”

She spent countless hours in the evenings and on the weekends learning the basics of software such as Photoshop, AutoCAD, Revit, Lumion, SketchUp, Rhino, and 3ds Max through online tutorials.

It paid off – she received straight A’s in her sophomore year. While this restored her confidence, what steadied her further was her discovery of what interior design was all about.

“Until I joined VCUarts Qatar, I had no idea that interior design was about being able to balance functionality with aesthetics; that it takes years of experience to be able to intuitively strike that balance, and design a piece or space that gives an identity to the person who owns it,” she says.

“My misunderstanding is part of the public’s misconception that interior design is not to be taken seriously; that it’s all about what curtain goes well with a wall color, or which cushion matches the sofa.”

Velliyattil also adds that for the same reasons, people often view interior design as not requiring the level of skills that specializations such as architecture or civil engineering would demand.

“On the contrary, in order to successfully design a space, interior designers need a range of expertise, including trend awareness, critical thinking, spatial awareness, computer savviness, sketching ability, attention to detail, organizational and project management, not to mention communication and creativity.

“You also need an empathetic understanding of human behavior. You should be able to place yourself in the shoes of your client, and see things from their perspective. And, perhaps more importantly, the bespoke plan you design should represent the very best of the person who is going to use or occupy that space.”

With her understanding corrected, Velliyattil says she started applying what she learned, boldly – and it showed:  In 2019, she won the Le Mirage Real Estate Designs for Life competition for designing a two-bedroom apartment that reflected Qatari culture and the concept of sustainability.

Velliyattil says that despite these past four years being the most transformative ones in her life, she has hardly had time to savor her successes; even before the pace of her final semester and project submission slowed down, she was offered – and accepted – a job as a furniture stylist in Dubai. 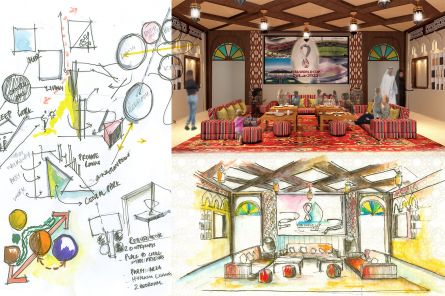 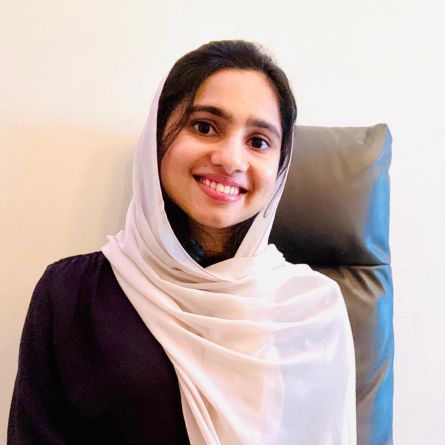 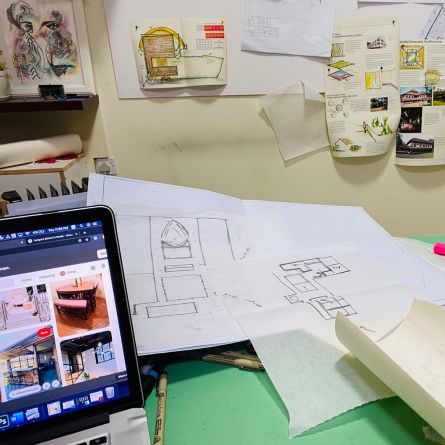 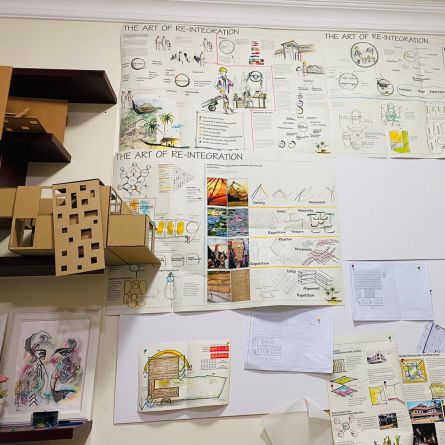