Michael Rakowitz will be giving the third lecture in the Wavelength series. It will take place ‪on October 13 at 7pm‬ Qatar time.

Rakowitz, who was described in a recent New Yorker article as “…searching and inquisitive, immersed in historical memory, often pursuing the trace routes of exile, with the apparent hope that the ensuing art might heal the traumas of dispossession, of war, of expatriation,” was awarded the Fourth Plinth commission in London’s Trafalgar Square in 2018.

His work for the plinth, titled, ‘The Invisible Enemy Should Not Exist’ which was on view from March 2018 to March 2020, reflected on the complex legacy of the Iraq War and Middle Eastern culture in the UK, and was a recreation of a sculpture from the ancient Assyrian city of Nineveh in northern Iraq that was destroyed by the Islamic State group/Daesh in 2015.

Rakowitz is Professor of Art Theory and Practice at Northwestern University, and has been featured in publications such as Wallpaper*, the New York Times, Forbes, The Art Newspaper, Esquire Middle East, The Financial Times, the BBC World Service, The Guardian, and The Sydney Morning Herald, to name but a few.

A new commission, titled “April is the cruelest month” will be unveiled with Turner Contemporary in Margate as part of England’s Cultural Coast initiative. Rakowitz was recently named the 2020 Public Art Dialogue awardee, and was named the 2020 Nasher Sculpture Prize Laureate.

Wavelength is an online lecture series that is a collaboration between VCUarts, the ICA, and VCUarts Qatar. A dynamic group of artists, designers, curators and scholars have been invited to share their work with the VCU communities in Richmond and Doha as well as the general public throughout the 2020–21 academic year. 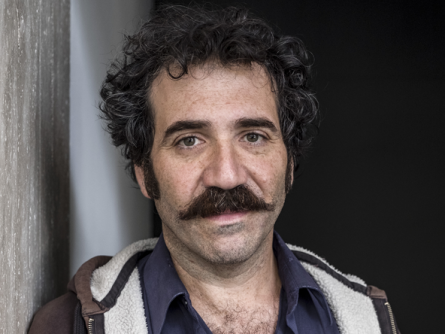