Rodney Fitch, founder and chairperson of Fitch Worldwide, will be the featured speaker at Virginia Commonwealth University in Qatars commencement ceremony on 8 May, 2010.

Rodney Fitch has for long been identified with innovative retail design. His first project in the Gulf was in 1978 and more recently Fitch was responsible for the Branding and Identity for the Asian Games in Doha where he has a strong working presence as a result of a successful working partnership with Qatar Foundation and VCUQatar. VCUQatar students have worked closely with Fitch Qatar over the years as interns and on several collaborative projects. Mr. Fitch was in Qatar late last year to deliver a lecture on ‘Future Trends in Retail’ as part of this collaborative relationship.

Rodney Fitch was born in London and studied architecture and building, furniture, interior and theatre design at various London colleges of art and design, including Central Saint Martins. In 1972, Mr. Fitch founded his firm, Fitch and Company Design Consultants, which as Fitch, grew to become one of the largest and best-known design brands. Working from offices in London, Paris, Madrid, Dusseldorf and the USA, the firm employed some 450 staff working on a broad range of multidisciplinary projects. Supported by Cazanove, Fitch took this business public on the LSE in 1992, the first design business ever to be listed. In 1994 Rodney Fitch resigned from Fitch in order to form a new, smaller, more focused consulting firm, Rodney Fitch International (RFI), specializing in retail and entertainment interiors and brand communication graphics, with projects and clients located in, SE Asia and China.

In 2004 at the invitation of Sir Martin Sorrell, Mr. Fitch sold RFI to WPP and rejoined his original firm, Fitch, now owned by WPP, as Chairman and CEO. Having subsequently built Fitch into a truly global agency, through a combination of both organic and M&A growth, with 12 studios in the USA, Europe, the Middle East and Asia, he stepped down in December 2009 and now works as an independent practitioner, consultant and advisor.

During some 40 years of practice, Mr. Fitch has built an unmatched portfolio of successful projects and connections across all sectors of Industry; particularly so in retailing, across all geographies. He has also been active in the development of design education and the arts in the UK. He is a Senior Governor of the University of the Arts, London, helping to manage Europe’s largest collegiate university of the arts and he has served as a member of the Design Council, the Council of the Royal College of Art and as a past President of the Designers and Art Directors Association and of the Chartered Society of Designers. He has been a trustee of the Victoria & Albert Museum and is now Chairman of V & A Enterprises, the museum’s commercial business. In recent years he has enjoyed significant involvement with the emerging retail industry in SE Asia and India.

In 1990 Phaidon published his book 'Fitch on Retail Design' which has become one of the standard texts on this subject. He is a regular conference speaker, commentator and contributor in the creative press and media and passionate proselytizer for design as an integral component of successful business strategy. He was awarded a CBE in 1990 for his influence on the British design industry.

Outside of the UK he had the honour in 2005 to be inducted into the Legion of Honor and Hall of Fame of the Design Institute of America, whilst in Holland, he supervises an MA course in Retail Design at the Hoegeschool Academy, part of the University of Rotterdam and is Professor of Retail Design at Delft University.

For over 30 years the Fitch agency has led the international design industry, working for clients all over the world on a broad portfolio of multi-disciplinary projects ranging from brand communications and brand strategy, to live events, retail, industrial design and fashion and style trends. In particular Rodney Fitch’s work delivering ‘consumer experience’ in the retail environment is acknowledged the world over. Projects range across all the retail sectors; from food and fashion, to phones and financial services; from the planning of shopping malls to merchandising and duty free including: Tesco, Harrods, Matanari, Walmart, Vodafone, Best Buy, HSBC and Nokia together with a growing presence in the emerging markets of Asia, particularly in helping to develop the organized retail sector in India for both national and global brands.

VCUQatar commencement will be held on 8 May, 2010 at the Ritz Carlton, Doha. 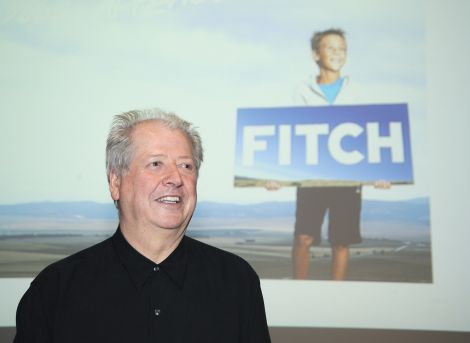 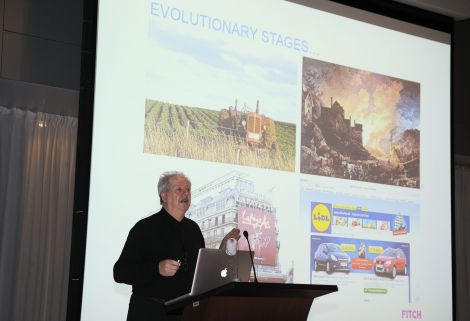