Assil Diab recognized by VCU for her graffiti art-based work

A VCUarts Qatar alumna was honored by our home campus with a ‘10 Under 10’ award, recently. Assil Diab ,who studied Graphic Design, was recognized by Virginia Commonwealth University for her graffiti ‘artivism’ in her home country Sudan.

The ‘10 under 10’ award recognizes the noteworthy and distinctive achievements made by alumni who earned their first VCU degree (undergraduate, graduate or professional) within the past 10 years. This year’s ‘10 Under 10’ honorees were recognized in an in-person event held at Richmond.

“Be it in Qatar, Sudan, or elsewhere in the world, my art aims to relate to people from all walks of life – irrespective of their age, nationality, profession, culture, social standing or gender,” Diab says. “I use my art to capture their contexts and their emotions, and at times, to add a bit of color to their lives.”

Diab initially attended VCUarts Qatar before transferring to VCU in Richmond, where she focused on Graphics Design. She received her Bachelor of Fine Arts in May 2011 while finishing university in the United States.

Diab, currently alternating between Qatar and Sudan, is a full-time freelance designer and a graffiti artist.  In 2012 She collaborated with French-Tunisian artist El Seed for a calligrafitti project for which she helped paint 52 panels in four road tunnels on Doha’s Salwa Road.

Diab was also part of a delegation from Qatar Charity who visited the Rohingya Refugee camps in 2018. The visit aimed at alleviating the suffering of orphans and refugees by implementing a number of relief aid programs and organizing many recreational and livelihood activities.

“As an artist, I was responsible for adding color to the spaces where they lived and interacted in the camps,” says the VCUarts Qatar alumna. “Additionally, as part of the delegation, I met several Rohingya refugees including orphans, and came to know more about their situations, their living and psychological conditions, and their humanitarian needs. I also helped distribute relief items to the refugees, preparing food for them, and organizing several recreational activities to entertain orphans, in addition to gifts and clothes provided to the refugee children and orphaned girls.” 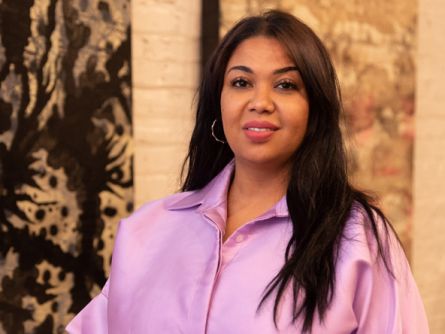