Covering more than 27 million square miles, flanked by, or surrounding, over 35 countries, and contributing to approximately 40% of the world’s coastlines, the Indian Ocean is often referred to as the ‘cradle of globalization’.

And for good reason – for millennia, shifting winds, particularly the monsoons, enabled brisk trade across the ocean. Trade and commerce brought with it the inevitable exchange of cultures, and the related ebb and flow, the absorption and assimilation, of art in the form of artefacts, products, and craft.

Over the last few decades scholars, including Art Historians, have begun examining the influence of such visual art that date back to, were the result of, or are inspired by, the Indian Ocean’s maritime activities.

Against this backdrop, VCUarts Qatar recently hosted a one-day conference titled ‘Emerging Voices in Indian Ocean Art and Culture: Flashtalks from Doha’ at its campus in Education City. The conference was a public event and was part of a week-long seminar titled ‘Indian Ocean Exchanges’ that was held from May 15-21.

The conference sought to “lay the groundwork for a durable and tight-knit international research community that is equipped to study, connect and articulate the complex interactions that have shaped – and continue to shape – art across the Indian Ocean”.

The conference itself was part of a wider project supported by the Getty Foundation based in the US. Getty – popularly associated with ‘Getty Images’, its photo library wing – is a cultural and philanthropic institution dedicated to the presentation, conservation, and interpretation of the world’s artistic legacy. Through the collective and individual work of its constituent programs—Getty Conservation Institute, Getty Foundation, J. Paul Getty Museum, and Getty Research Institute—Getty pursues its mission in Los Angeles and throughout the world, serving both the general interested public and a wide range of professional communities in order to promote a vital civil society through an understanding of the visual arts.

Dr. Nancy Um, who is currently Professor of Art History, and Associate Dean for Faculty Development and Inclusion, at Harpur College in Binghamton University, is the Principal Investigator of the project that includes the conference. Um was recently appointed Associate Director for Research and Knowledge Creation at the Getty Research Institute (GRI), where she will oversee the Research and Knowledge Creation division.

According to Um, the grant proposal for the project drew inspiration from her participation at the biennial Hamad Bin Khalifa Symposium on Islamic Art held in 2019, and its theme, “The Seas and the Mobility of Islamic Art”.

She said, “I realized that we have to look at the Indian Ocean as a connector not as a divider. I was particularly interested in understanding the maritime cultures that connected regions across religion, language, cultural diversities, and national boundaries.

“There were many historians who were interested in the legacy of the European companies, they were studying the documents of the English and Dutch East India Companies but there were not many who were interested in the art or the architecture or the material history. (…) this material is vast, and it tells a very different story from those found in documents, trade records. Heritage and cultural production are a huge part of the story.”

Um added that this project will foster international collaboration, and connections, in this specific field.

“The tangible outcome of this program will not be published but will be in the formation of communities who will support the cause for a longer duration, which is why this meeting in Qatar is so important as it will set the ball rolling and will continue in future transnational connections,” she said.

The seminar included scholars from both within and outside Qatar, and from a diverse range of specializations, such as architecture, archeology, Islamic history, ethnomusicology, and art history, to name a few.

The conference held in Doha was the first of three that have been scheduled to take place over a two-year period. Each of the conference locations – Doha; Singapore, and Melaka; and Mombasa and the Swahili coast of Kenya – were chosen for their respective past or current links to the theme of the project.

Dr. Radha Dalal, Director of Art History, and Associate Professor of Islamic Art, at VCUarts Qatar, said, “As a port city, Doha’s significance in the Arabian Gulf is undeniable. With connections to other ports across the Arabian Sea and the Indian Ocean, Doha presents scholars the opportunity to explore the centrality of oceanic mobility in the development of coastal and inland cultures. Given the scholarly, pedagogical, and visual nature of the project, hosting it at VCUarts Qatar provided the participants the perfect institutional base with the presence of our art history program. We are thrilled that VCUarts Qatar is positioned once again at the center of these important discourses." 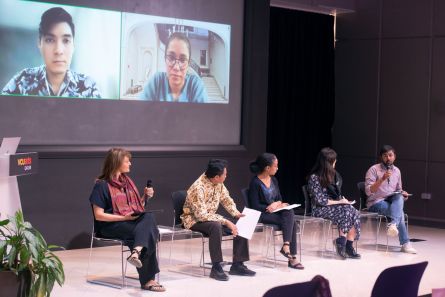 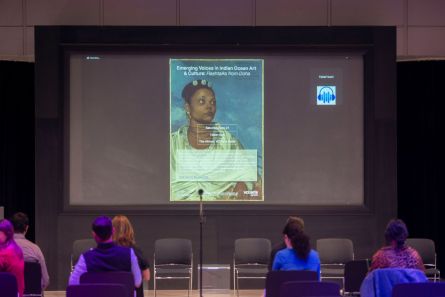 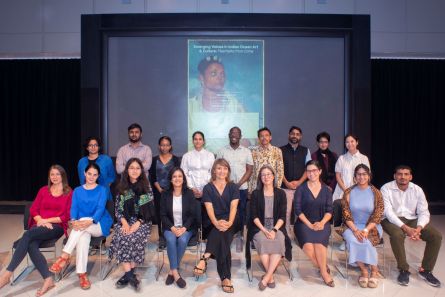