VCUarts Qatar Welcomes the Class of 2022

The Class of 2022 has 83 students from 22 countries, with 77 joining as undergraduates and six joining the Masters of Fine Arts in Design program.

Executive Dean Donald R. Baker greeted the Class of 2022 and noted that students would have the “opportunity to work closely with faculty members” and that they would “learn to think critically and creatively and to solve problems.”

The new students were introduced to the orientation team leaders who organized orientation and who guided them through a wide range of activities that were created to acquaint them with the university.

Qatari student Hassan Khalid Al Shahi said: “I enjoyed the welcoming atmosphere of the students who organized the orientation. They made it feel like home. The activities that were organized gave us a fun taste of the upcoming year.”

“I was overwhelmed with excitement the second I stepped into the Atrium,” Razan Mustafa said, explaining where most of the orientation events were held. “I was amazed by the amount of effort and the time that was put into the preparations in order to make us feel welcomed. It genuinely felt like home, and I'm thrilled and proud to be a VCUarts Qatar student.”

Faheem Khan, the Student Government Association (SGA) President explained that this was his third year of being involved with the New Student Orientation Program (NSOP) and the second year of being the Head Orientation Coordinator (HOC). “Last year we decided to change the whole atmosphere of the NSOP with a theme that the majority of the students could relate to and enjoy. It was a huge success and has set a standard at VCUarts Qatar for our future NSOPs to follow.”

Steffi Braganza, the SGA Secretary added: “I have been an HOC for two years and being a part of something like this during the summer is something that I’ve looked forward to. It’s always a plus to be included in activities and events besides the usual university-related course works. We wanted to take this year’s orientation up a notch. The orientation team decided that the theme of “summer” for the orientation would be the best idea. We thought that the best way to portray summer would be to have a very tropical-themed party. This year’s team was truly an amazingly hard working set of talented students, and it wouldn’t have been such a huge success without them.”

Sarah Faheem, the Student Development Senior Specialist added: “My responsibilities as a Senior Student Development Specialist in the Student Affairs department at VCUarts Qatar push me to create opportunities where the inclusion of student leadership articulates an expectation of excellence. Providing our students with a role in this year’s New Student Orientation Program creative exercise is the most visible way in which my office seeks to engender student voice, participation and leadership.”

VCUarts Qatar also welcomed 13 new faculty and staff to the university. They include the 2018/19 Artists in Residence Abdul Azim Al Ghussein and Asmaa Al-Issa. The Artists in Residence will have the opportunity to work at dedicated studios at VCUarts Qatar, while also teaching and mentoring students from within the Painting and Printmaking program. Their nine-month period of research and practice in Qatar will culminate with an exhibition in April.

Of the new faculty and staff Dr. Baker said, “Every new academic year also brings new people to serve as faculty, staff and administrators. We also welcome them and the fresh ideas they will bring to our programs and operations.” 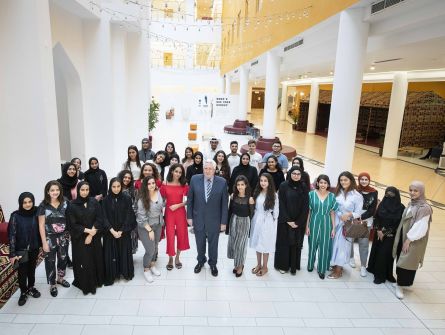 Members of the Class of 2022 with Dean Baker. Photograph by Raviv Cohen. 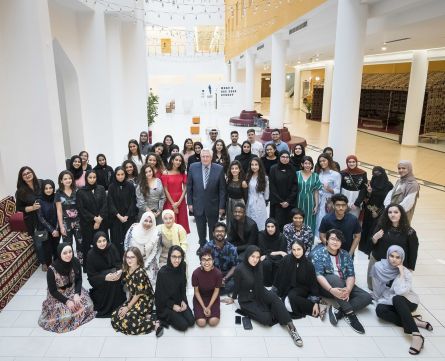 Members of the Class of 2022 with Dean Baker, with the orientation team sitting in the foreground. Photograph by Raviv Cohen. 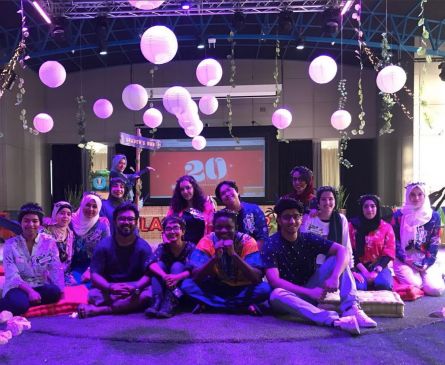 The orientation team who welcomed the Class of 2022 to VCUarts Qatar.