Fans of ‘Cobra Kai’ have yet another martial arts film to look forward to this week – thanks, in part, to VCUarts Qatar’s Byrad Yyelland, Assistant Professor, and Michael John Arrighi, Chief Safety Officer.

Yyelland was the Co-Producer, and Arrighi the Associate Producer, for the hour-and-a-half-long biopic.

The film, through interviews with celebrities including Ralph Macchio, William Zabka, Martin Kove, Henry Winkler, Esai Morales, Tommy Chong and James Hong, traces Morita’s unlikely journey from being a bed-bound boy afflicted with spinal tuberculosis, through overcoming substance abuse, to his rise as a Hollywood star synonymous with martial arts.

Culmination of walking the talk

For the two VCUarts Qatar community members, though, ‘More than Miyagi’ was more than a chance to explore Morita’s life; it was the culmination of their decades-long association with martial arts.

“As someone who started learning taekwondo as a teenager, being able to co-produce a film on Pat Morita is the height of my association with martial arts,” says Arrighi. “When ‘Karate Kid’ was released in 1984, Morita became a household name. And to be given an opportunity to capture his essence – a person who went on to be nominated for the Academy Awards, starred in several television and movie roles, and yet did not receive formal training in martial arts – in a documentary, was too good an offer to pass.”

VCUarts Qatar’s Chief Security Officer was initiated into taekwondo at the age of 14 in Richmond, Virginia. Having earned his blackbelt in 1976, he practiced the sport for the next 15 years, exploring different techniques and styles, eventually winning the state championship in 1980.

For a person who “lived and breathed martial arts”, it seemed a natural step to choose law enforcement as a career. He joined the police force in 1979. By the mid-1980s he was on the Special Weapons and Tactics (SWAT) team, and was training active and reserve units of the US special forces including SWAT personnel and the National Guard.

After his police days, he participated in live hostage rescue/recoveries for which he was recognized and decorated; one notable event was the recovery of a Mexican business man who had been kidnapped in Celaya, Mexico. Prior to joining VCUarts Qatar, Arrighi was the Director of Capital One’s Global Security. He has also operated in Iraq, Afghanistan, Libya and Mexico.

Arrighi admits that his work was often dangerous, requiring him to remain calm and focused throughout an operation. And, according to him, that was another impetus to invest in ‘More than Miyagi’.

“In addition to exploring Pat Morita’s life, and the challenges that shaped his persona, I was keen to be involved in a documentary that provides a deeper understanding of the benefits of martial arts, especially for the next generation who often confuse mixed martial arts fighting with the essence of traditional martial arts.

“For instance, styles such as taekwondo, karate and judo emphasize the need to control your own emotions in order to effectively deal with a situation. And this is exactly what I tapped into across my career; my background in taekwondo helped me maintain my composure in dozens of situations where one impulsive move could have had disastrous consequences.”

Arrighi says he first learned of the Pat Morita film from VCUarts Qatar faculty member Yyelland, who, like Arrighi, was trained in martial arts.

“I was gob smacked when I first walked into Yyelland’s office at VCUarts Qatar, and noticed a black belt certificate on his wall,” says Arrighi. “It was signed by none other than Fumio Demura, the stunt double for Pat Morita on the ‘Karate Kid’ movies, and the Sensei who actually taught Bruce Lee to use a nunchaku.”

What Arrighi didn’t know was that Yyelland, at one point in his life, had given up all hopes of learning martial arts, much less receiving a certificate from Demura.

“Growing up in Saskatchewan, in Canada, my first exposure to martial arts was through films and comic books,” recalls Yyelland. “I loved watching Bruce Lee and the ‘Green Hornet’. Their exploits must have had some effect on my subconscious self, because I tried learning karate when I was 15. But I wasn’t comfortable with the level of physical contact that it called for, and I quit.”

After two more attempts – one in his early twenties and then again in his late twenties – Yyelland discontinued martial arts altogether. And that would have been the end of his efforts to learn karate, were it not for his relocation to a small town, to teach at a local college.

The town had a karate school or dojo, and he was pleasantly surprised to learn that the instructor or Sensei there was a well-known karate teacher in Canada – and the same person who had first initiated him into the sport at the age of 15. Taking that as a positive sign, he decided to give it one more shot.

This time round, Yyelland – by then 43 – stuck with it; in six years, he earned his black belt. A year later, he moved to Qatar in 2008, to join VCUarts Qatar’s Liberal Arts and Science department, as Director of the program. At the suggestion of his Canadian instructor, Yyelland opened a dojo in Qatar Foundation’s Multaqa (Education City Student Centre). The venture took off – a decade later, he still continues to teach students from across Education City and across Doha.

In the meantime, Yyelland was introduced – via his Canadian instructor – to Fumio Demura. What began as a formal introduction soon developed into a friendship with “one of the most sincere, down-to-earth and genuine people” he had met.

At Yyelland’s invitation, Demura visited Qatar in 2013, and stayed with Yyelland in his home. During the visit, the celebrity Sensei met Yyelland’s karate students. He also spent time at VCUarts Qatar, teaching students Japanese calligraphy, and sharing his experiences of shifting from Japan to the US, in the 1960’s.

In 2014, Yyelland collaborated with American director Kevin Derek to help produce a documentary on Demura, called ‘The Real Mr. Miyagi’. And when, in 2017 Derek approached the VCUarts Qatar assistant professor again – this time to help produce ‘More than Miyagi’ – Yyelland reached out to Arrighi.

“If it weren’t for both Mike and I being at VCUarts Qatar at the same time, I doubt if our paths would have crossed,” says Yyelland. “When I learned about Arrighi’s background in martial arts, I asked him if he’d like to help produce the Pat Morita film. And that’s how it evolved. In fact, it’s incredible that we’ve both been involved in a film on a way of life that had such an impact on us – and on Morita and Demura – psychologically and physically.”

Yyelland echoes Arrighi when he says that there is more to Morita – and traditional martial arts – “than punching and kicking”.

“In karate, the only person you are in competition with is the person you were yesterday,” says Yyelland who is currently also exploring Brazilian jujitsu. “Learning self-discipline, hard work and the ability to tackle a problem from multiple angles are as important in life as they are in karate. As Sensei Demura says, ‘7 times fall, 8 times get up. Be stronger in your mind and spirit’.

“And when you watch ‘More than Miyagi’, you’ll see how Morita lived that saying.” 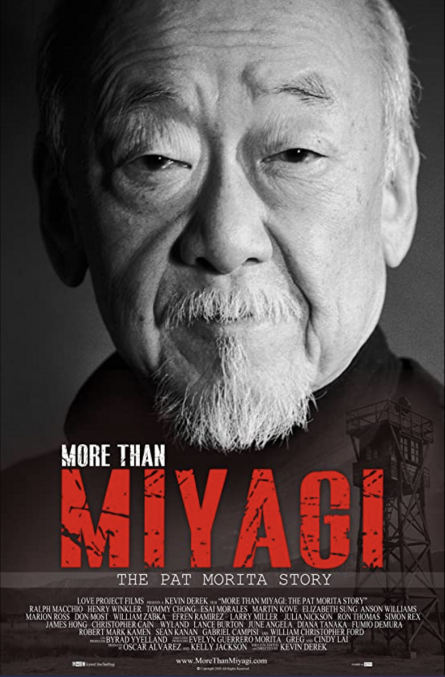 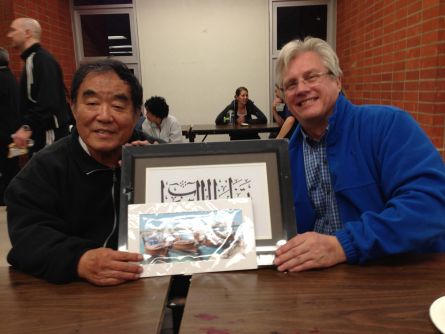