VCUarts Qatar’s Graduates Step Into the Future at 2018 Commencement

VCUarts Qatar held a grand day of events on May 7, 2018 at the Sheraton Grand Doha Resort & Convention Hotel as the University celebrated its 20th Anniversary, 2018 Commencement Ceremony, and several of its students were given prestigious awards by Arab Engineering Bureau.

The day began with the Commencement as graduating students were conferred with their degrees, and was made memorable by inspiring and touching speeches that were given by faculty, graduates, and the keynote speaker as the event brought together families, friends, faculty and staff to celebrate the accomplishments of VCUarts Qatar’s graduates.

Shawn Brixey, the Dean of Virginia Commonwealth University School of the Arts in Richmond and the Commencement’s Keynote Speaker told the students: “Be the pioneer of those discoveries. Harness the creative daring to make the world a more verdant, imaginative, and better home to all of us.”

“VCUarts Qatar has been a steady source of innovation and alternative ways of looking at the world and at ourselves. As we end our 20th Year, we continue to be excited about the opportunities to cultivate a dynamic intercultural environment of research, learning and community engagement that provides the context for the holistic development of exemplary artists, designers and scholars to build vibrant communities and diversified economies” said Dr. Donald N. Baker, the Executive Dean of VCUarts Qatar.

The Class of 2018 Co-Valedictorians Asma Hasan, and Dimitri Salomão gave a well-received speech in which they thanked their families, fellow graduates, friends, and faculty, and looked forward to what comes next.

“Professors are the cornerstone of any educational institution. They are the people without whom we would not be the individuals you see standing before you today. They knew when, and how to give guidance, feedback, or constructive criticism. Then there are our friends. The knights in disguise that saved us and cheered us on when the going got tough,” Hasan told her fellow graduates.

“Graduation ceremonies are - at their core - a celebration of the past which then turns its attention to the endless possibilities of the future. They’re meant to acknowledge our achievements over the past few years, but it’s really about what comes next isn’t it? That’s why we come to university in the first place, right? To have a better future,” Salomão said.

H.E. Sheikh Abdulla bin Ali Al-Thani, Ph.D., Advisor, Amiri Diwan and guest speaker at the gala celebration, noted Qatar’s belief in education:  “This significant institutional milestone-- two fruitful decades of Qatar Foundation’s partnership with Virginia Commonwealth University School of the Arts in Qatar, reflects the continuing commitment of His Highness Sheikh Tamim bin Hamad Al-Thani, Amir of the State of Qatar, to education as a pillar of society and an engine of growth, prosperity, and security.”

Dr. Abdulla continued, “VCUarts Qatar has played a formative role in the education of a new generation of vital actors in the world of the arts, in Qatar and the region beyond.”

The awards were instituted by Jaidah to encourage and assist graduating students as they start their careers as designers in Qatar and the region. Jaidah is recognized as a pioneer of a new architectural movement that combines the far-reaching influences of Islamic art with modern styles to create memorable landmark structures that are shaping Qatar.

"VCUarts Qatar has achieved such milestone celebrating its 20th anniversary in Qatar. Personally, and as a firm, we are honored to be a part of such achievement with the Arab Engineering Bureau Design Excellence Awards which were instituted back in 2007,” he said.

“It is remarkable that VCUarts Qatar has educated and graduated nearly 700 young minds since establishing of its campus in Qatar. Having arts and design programs is of paramount significance as design permeates all aspects of our everyday lives. I would like to thank VCUarts Qatar for the role they have played over the past two decades to inject design and creativity into our society, and continuing our support to the university and its students is important to us," he added.

These awards aim to help the junior students recognize their true potential, create leadership and encourage them to continue developing their skills through their senior year.  The awards are a major highlight of the academic year for VCUarts Qatar’s students.

VCUarts Qatar’s Executive Dean Donald N. Baker said the university was hugely grateful for the continued support from AEB over the past decade and added that the awards recognized the students' commitment to their future careers in what is a very competitive and demanding environment. Besides the awards, AEB and Jaidah continue to partner with VCUarts Qatar by offering internship opportunities to VCUarts Qatar students. 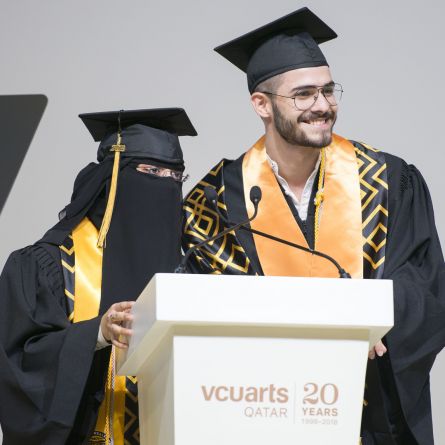 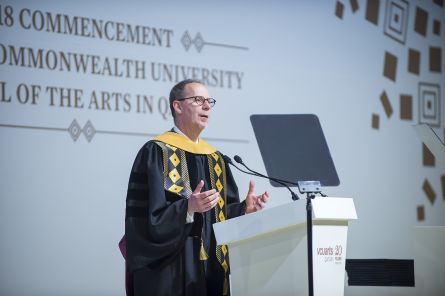 Shawn Brixey, the Dean of Virginia Commonwealth University School of the Arts in Richmond and the Commencement’s Keynote Speaker 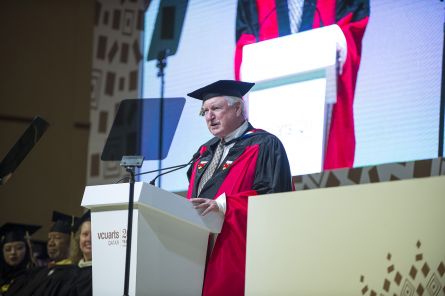 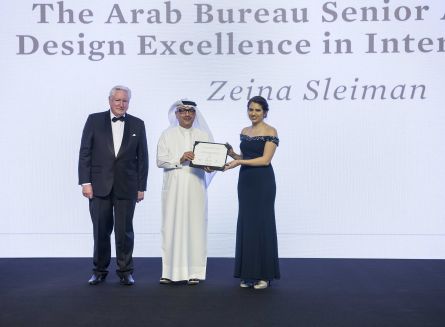 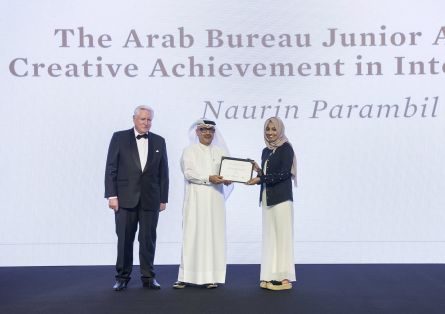 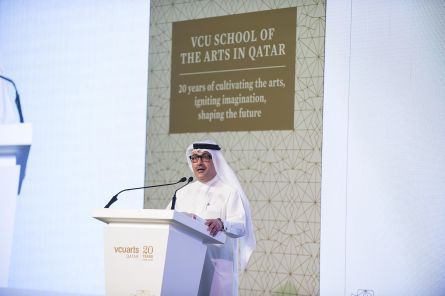