Virginia Commonwealth University in Qatar, in collaboration with Doha Film Institute (DFI), is proud to host Shirin Neshat, an Iranian born visual artist known for her works in film, video and photography.

The public lecture will occur in the VCUQatar atrium on 24 October at 18:00.

Born in Qazvin, Iran she left Iran in ’74 to study in the United States. After the 1979 Islamic Revolution she was unable to return to Iran for 20 years. After receiving her BA in 1983 at the University of California Berkeley, she moved to New York and worked at the Storefront for Art and Architecture. Neshat’s photography includes the series entitled Unveiling (1993) and Women of Allah (1993-97) exploring notional of femininity in an Iran’s Islamic environment. In the following years her video projects featured poetic imagery. Her trilogy video installations were comprised of Turbulent (1998), Rapture (1999) and Fervor (2000) and utilized dual video screens to portray abstract gender and society based oppositions.

Neshat has been featured in solo exhibitions at the Franklin Furnace in New York, at the Whitney Museum of American Art, the Art Institute of Chicago and the National Museum of Contemporary Art in Athens. Her current works express poetic, philosophical, metaphorical and complex levels of intellectual abstraction. She is the 2006 recipient of the Dorothy and Lillian Gish Prize, a coveted prize in the arts given annually to someone who has made an outstanding contribution to the beauty of the world and to mankind’s enjoyment and understanding of life. She won the Silver Lion for the best director at the 66th Venice Film Festival for her debut “Women without Men”.

Shirin will dedicate time for the Master of Fine Art (MFA) students at VCUQatar. Because of her extensive background in type-calligraphy, photography and time-based productions the students will benefit from hearing about her research experience in making films and her creative process as a female artist and designer. She will give a public presentation on Sunday 24 Oct 2010 at 18:00. 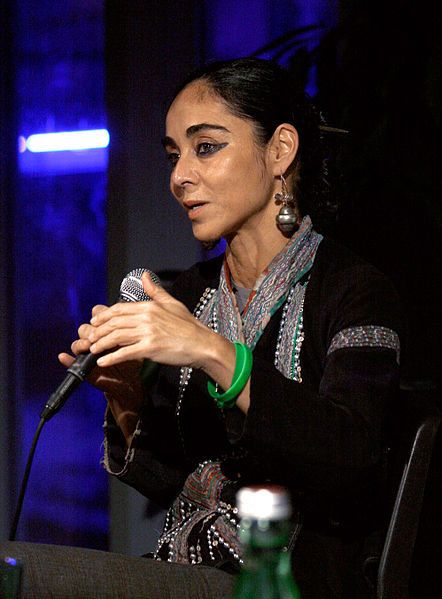