As part of the Crossing Boundaries Lecture Series, VCUQatar presents a lecture by Korean design consultant and curator Byung-Soo Eun entitled ‘Design beyond tradition’ on Wednesday, 22 January, 2014 at 6:00 pm at the atrium at VCUQatar.

In this lecture, Byung-Soo Eun will introduce contemporary design projects which he and other Asian designers have worked on during the last 15 years which take their inspiration from traditional culture. Eun believes that traditional culture is the most important factor in global markets and society and he will explore this concept through case studies of projects by EUNcouncil such as: the Gwangju International Design Biennale 2009; the Asian Design Exhibition; collaboration project between Korean college students and workshops in Vietnam; an exhibition of Korean craft, 'Hidden Match' in Riyadh.

Byung-Soo Eun is Founder of VIUM and 212Design, Inc., the first industrial design consulting firm in Korea. Eun and 212Design, Inc. were the driving force behind the exhibition “The Vernacular Mirror: Twentieth-Century Design,” which was the major event during ICSID 2001 in Seoul. He now runs Euncouncil, a design council company, and was a curator of one of the main exhibitions of the Gwangju Design Biennale 2005, “Asian Design; Hidden Treasure”. He was also the former artistic director of Seoul City and visiting professor of Korea National University (2008-2009). He is, currently, the Artistic Director of Seoul City.

Eun was artistic director of ‘An Exhibition of Korean Crafts - hidden match’ in Riyadh, Saudi in 2013 and participated in the world Summit in 2012 in Chennai, India. His seminar titled ‘The future is Handmade’ was about Korean Craft and its relevance in the contemporary world. He also participated in the Seoul Design Festival 2003, Theme: ‘Star designer’ where his VIUM-brand products were recognized for the unique way they meld traditional Korean designs with modern interpretations. The International Curator Course at the Gwangju International Design Biennale held in 2009 was directed by Byungsoo Eun.

Eun has been on juries since 1995 for the Korea Industrial Design Award, Good Design Award, International Craft Biennale at Chungjoo, The1st China Design Award, Asian Design Award in Hong Kong and the Singapore Design Award. He has also spoken at various seminars and conferences since 1995 including at the Innovative Craft Fair & Seminar (SACICT) Thailand, Bangkok in 2012; the World Craft Council Summit in Chennai, India in 2012 and ‘Local to Global’ Art-Craft Industry Dialogues (Hoian, Vietnam) in 2013.

VCUQatar’s Crossing Boundaries Lecture Series reflects the cross-disciplinary nature of the featured speakers who are representatives of excellence in creative and innovative thinking.

‘Design beyond tradition’ is the fifth in the series of six lectures and will be presented on 22 January at 6:00 pm at the atrium at VCUQatar. The lecture is open to the public. 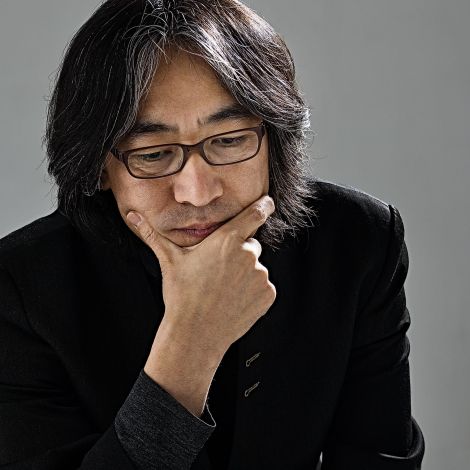