VCUQatar Presents ‘The Power of Images’

In partnership with the World Innovation Summit for Education (WISE) HOPE exhibition, Virginia Commonwealth University in Qatar presents ‘The Power of Images’- a lecture and debate with National Geographic photographer Reza on Tuesday, 11 December, 2012 at 6:00pm at the atrium at VCUQatar.

Reza is one of the best-known photojournalists on the international scene. Forced into exile from Iran in 1981, he lives in Paris and has been traveling the world for 30 years.

Photojournalist for National Geographic since 1991, Reza has crisscrossed more than 100 countries, photographing conflicts, revolutions and human catastrophes. His eyewitness testimony has been distributed through international media (including National Geographic, Time, Stern, Newsweek, El Pais, Paris-Match, Géo), and in books, exhibitions and documentaries by his own agency, Webistan, created in 1992.

In 1983 Reza initiated photographic training programs in Pakistani refugee camps. This was the beginning of his personal voluntary involvement, leading him to found the NGO Aina in 2001. Aina is committed to children’s education and to training women for jobs in the media and communication sector.

The arts play an important role in raising awareness, in rallying people around shared values and inspiring them to strive towards their ideals. In this spirit WISE presents HOPE, a retrospective in Doha by acclaimed photographer Reza who since 1982 has presented his perceptions of the lives of individuals and communities through striking visual narratives. The HOPE exhibition is a retrospective of 30 years of these visual narratives that, in the photographer’s words, “reveal the invisible boundaries where joy verges on despair, where conflict meets indulgence, but where life always triumphs.”

HOPE presents 80 photographs – including several created exclusively for the WISE publication Learning a Living: Radical Innovation in Education for Work. These prints, presented as diptychs and triptychs, tell many stories from many parts of the world, ranging from the Panjshir Valley of Afghanistan to the River Amur in eastern Asia and the heights of Algeria’s Assekrem plateau. “Each image documents a significant life-moment, an encounter with women, men and children whose expressions and gestures speak for the whole of humanity,” says Reza. The Hope exhibition is displayed at the Sheraton Park, Corniche, Doha until 15 December 2012.

‘The Power of Images’- a lecture and debate with Reza is presented on 11 December at 6:00pm at the atrium at VCUQatar. The event is open to the public. 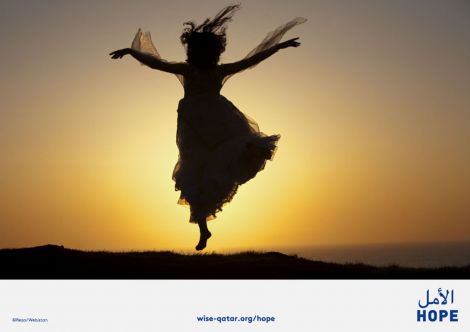 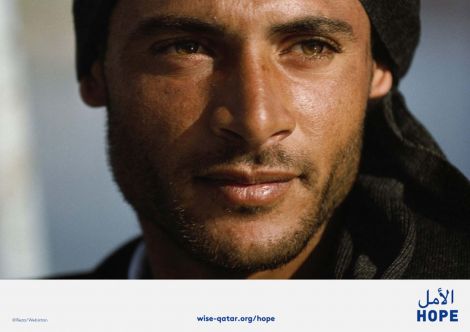 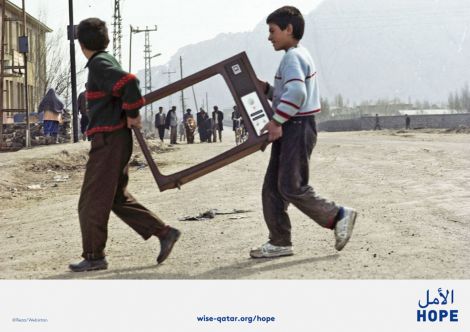